Every time I look at his photo I see his son (my grandfather) Archie's smiling eyes. 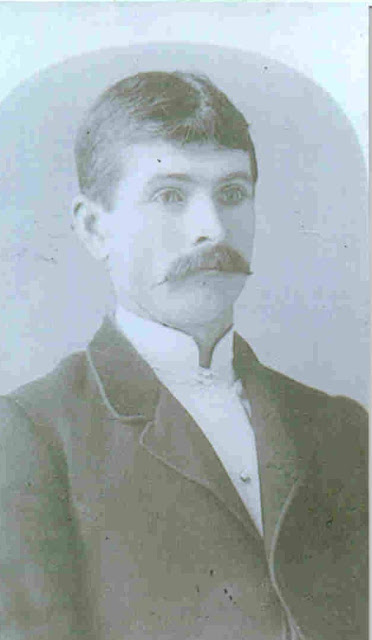 Mr. Donald Fleming died suddenly on Thursday afternoon, Thursday 22nd December, 1921, at his home in King Valley.  He appeared to be in his normal state of health that day but about 4 o'clock he collapsed and died.  The occurrence was reported to Constable Harry, of  Whitfield, and an inquiry was held by J.J. Stephens, J.P. of Whitfield when a verdict of death from natural causes was recorded.

Mr. Fleming took an interest in many district movements and was an active worker towards their success.  He was a member of the King Valley school committee and a trustee of the cemetery.  He was well respected in the district and the news of his sudden death was heard of with deep regret by the residents.

Mr. Fleming, who was married at Echuca to Margaret Hart is survived by his wife and grown up family of 10 children.  Members of the family are:-  Messrs Alf (Melbourne), who was the 14th man to enlist in the A.I.F. rising to the rank of lieutenant.; Donald; Archie; and Harold Fleming (King Valley)