When my maternal grandparents Daisy Marion Morgan and Archibald William Finlay Fleming married on the 8th of October 1932 my Nana wore this necklace. 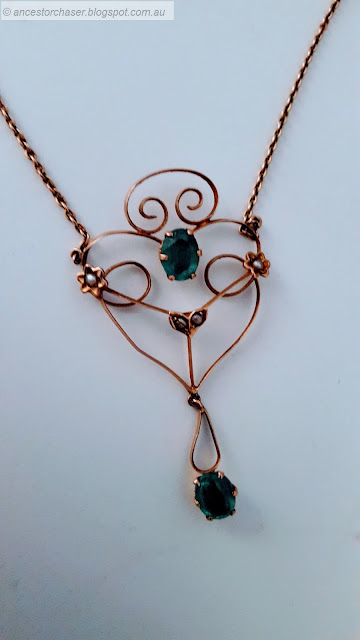 I don't actually know what it is made of.
I must find out.

"A quiet but pretty wedding was celebrated at the home of the bride's parents "Willow Bank" Moyhu, on Saturday, October 8th, when Daisy Marion, second daughter of Mr. and Mrs. Morgan, became the wife of Mr. Archie W. F. (third son of Mrs. D. Fleming "Valley View", King Valley, and the late Mr. D. Fleming).The Rev M.C. Day of Wangaratta officiated.  The charming bride, who was given away by her father, was tastefully gowned in ankle length white satin with a yoke of silk lace.  A fitting bodice and slender skirt with fullness given by inlet pleated flares.  Her beautiful veil of embroidered tulle (lent by her sister Mrs. D. Jones) was worn cap fashion, and held by a wreath of orange blossom.  She also wore a necklace of crystal beads, and carried a bouquet of semi-sheaf arum lilies, intermingled with maiden hair fern and white satin streamers.  The bride was attended by her sister Miss Mavis Morgan, whose pretty ankle-length frock of powder blue  satin, with puff sleeves, looked very attractive with her head band of satin and flowers.  Her pretty posy was of arum lilies, maiden hair fern and pink satin streamers.  Mr. H Fleming was best man.  Immediately after the ceremony satin horse shoes were placed on the arm of the bride by her little brother Bert, and little Graeme McLaren (nephew of the bridegroom) and Caroline Jones (neice of the bride).  After the ceremony a reception was held at the home of the bride's parents.  The tables looked charming, the central decoration being a tiered wedding cake.  The bride's travelling frock was of maroon crepe-de-chene with hat to tone.  The bride's gift to the bridegroom was a travelling rug and that of the bridegroom to the bride a xylonite toilet set and to the bridesmaid a xylonite clock.  Many beautiful presents were received, including many cheques.  The future home of Mr. and Mrs. Fleming will be at "Greenfields" King Valley."

The necklace can only faintly be seen in Nana's wedding photo. 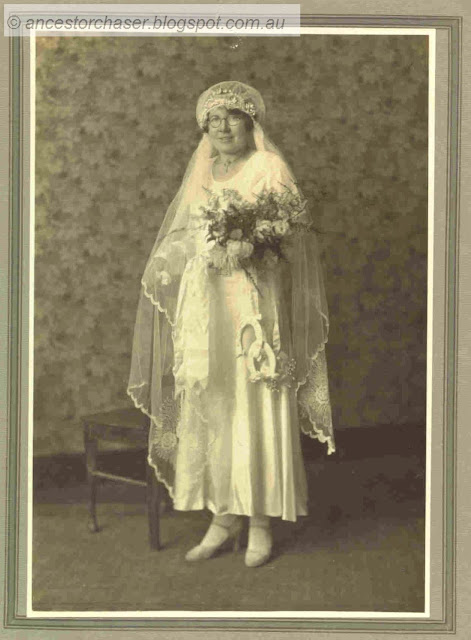 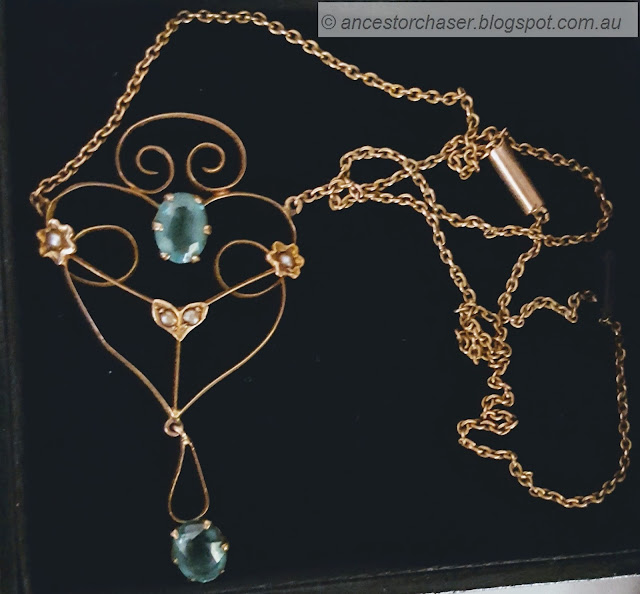 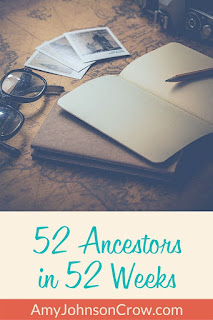 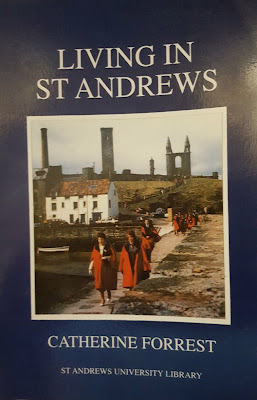 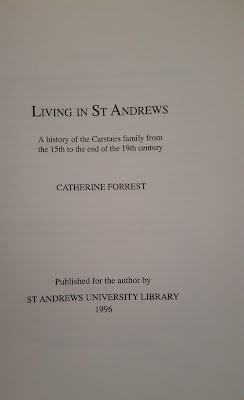 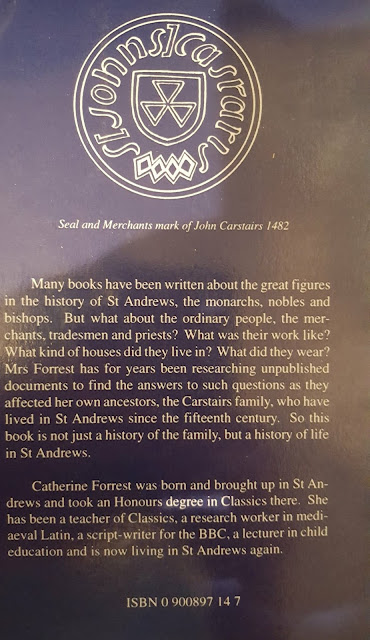 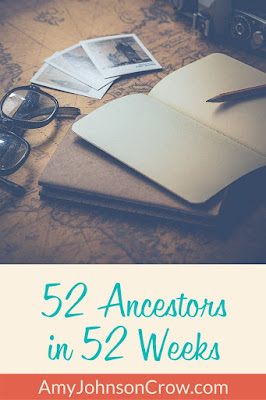 Posted by Kerryn Taylor at 8:20 pm No comments: 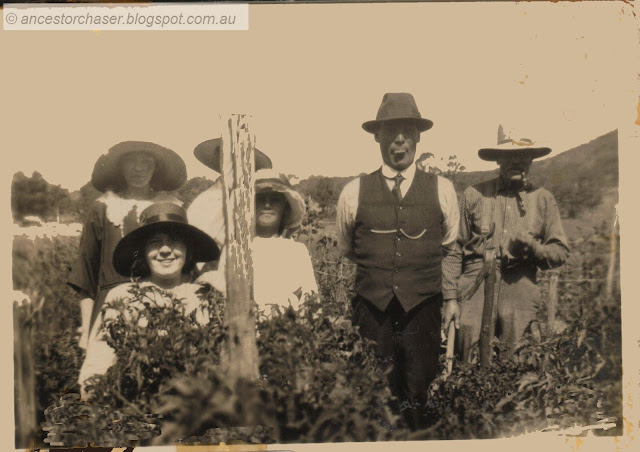