Trove Tuesday - A maintenance suit at the Cross Keys Hotel

The Kelly family in this story had no connection to the original Morgan's and associated Kelly families of the Cross Keys Hotel.

Margaret Morgan, widow of John Felix Morgan; daughter in law of Alice Morgan did still own the hotel in 1922. 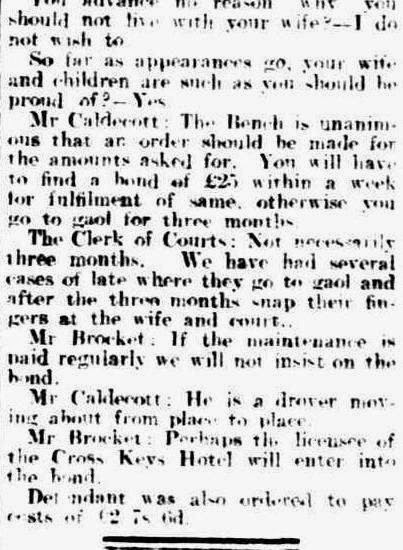 For the  Trove Tuesday theme by Amy from Branches, Leaves & Pollen
Posted by Kerryn Taylor at 7:34 pm No comments: 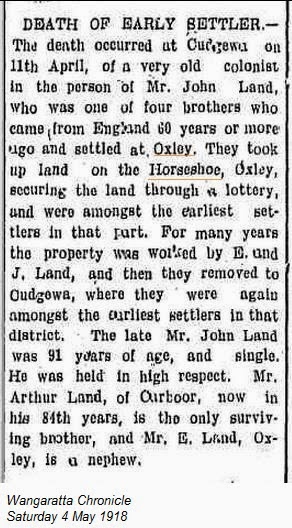 Posted by Kerryn Taylor at 2:22 pm No comments:

In 1891 when my great great grandmother, Alice Morgan, was the licensee of the Cross Keys Hotel at North Essendon there was an inquest held there on the death of a young local girl named Nellie Bloxham who drowned in the Moonee  Ponds Creek.

This post is part of the Trove Tuesday series  initiated by Amy of  Branches, Leaves & Pollen.
Posted by Kerryn Taylor at 10:10 am No comments: