Recently I revisited a reunion book for my maternal grandmother's MORGAN family that was held at Euroa in November 1980.

The book was compiled from family members stories and photos by Rhonda Payne nee MORGAN who dedicated it to her grandparents Arthur and Eva MORGAN. 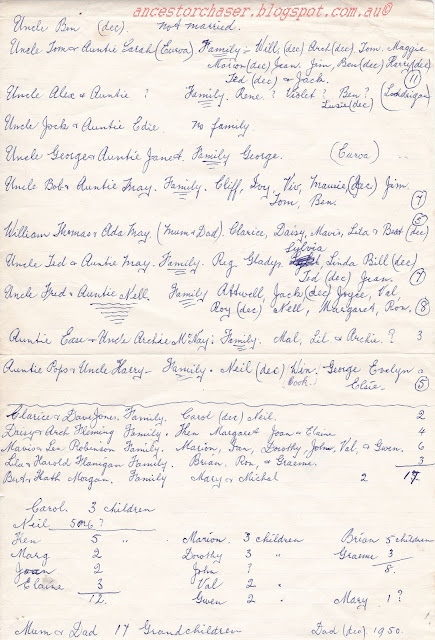 Starting from the top of the list, which isn't in date order but as Nanna remembered each family.  Priceless and such a memory!

Uncle Ben - Benjamin Morgan born 1885, Euroa died 1910 Boggy Creek.
Wangaratta Chronicle, Wed Feb 9, 1910. "Sudden Death at Boggy Creek. - A young man named M. B MORGAN, 21 years of age, was found dead in his bed on Saturday morning at the residence of his brother, Mr. Wm MORGAN, Boggy Creek.  Deceased was a labourer, and had worked for Mr. H JONES and Mr. W C LEWIS, Moyhu.  While working for the latter he complained of heart pains and had to cease work.  On Wednesday last he consulted Dr McLAY, who told him that he was suffering from heart disease, and that from indications he would not live many days.  The remains were taken to Euroa for interment, as the family grave is in the cemetery at that place."

Uncle George and Auntie Janet - George Morgan was born 1870 Euroa and died 1957 Euroa.  He married Janet Crockett in 1910.  They had one son, George Alexander Morgan.

William Thomas and Ada May (Mum & Dad) - William Thomas Morgan was born 1872 at Euroa, he died in 1950 at Wangaratta.  He married Ada May Hulme in 1905.  They had five children, four girls who had boys nicknames Clarice (Tod), my Nanna Daisy (Billy), Mavis (Bobby), Lila (Johnny) and then Herbert.

Uncle Fred and Auntie Nell - Frederick Alexander Morgan (it gets confusing when there are brothers Alexander Frederick and Frederick Alexander!) was born 1891 at Euroa and died 1939 Berrigan NSW.  He married Nellie Morgan (no relation) in 1911.  They had nine children. Frederick Attwell, John, Thomas Roy, Joyce, Valda, Nellie, Margaret, Ronald, and Faye.

Posted by Kerryn Taylor at 12:11 pm 2 comments: Links to this post 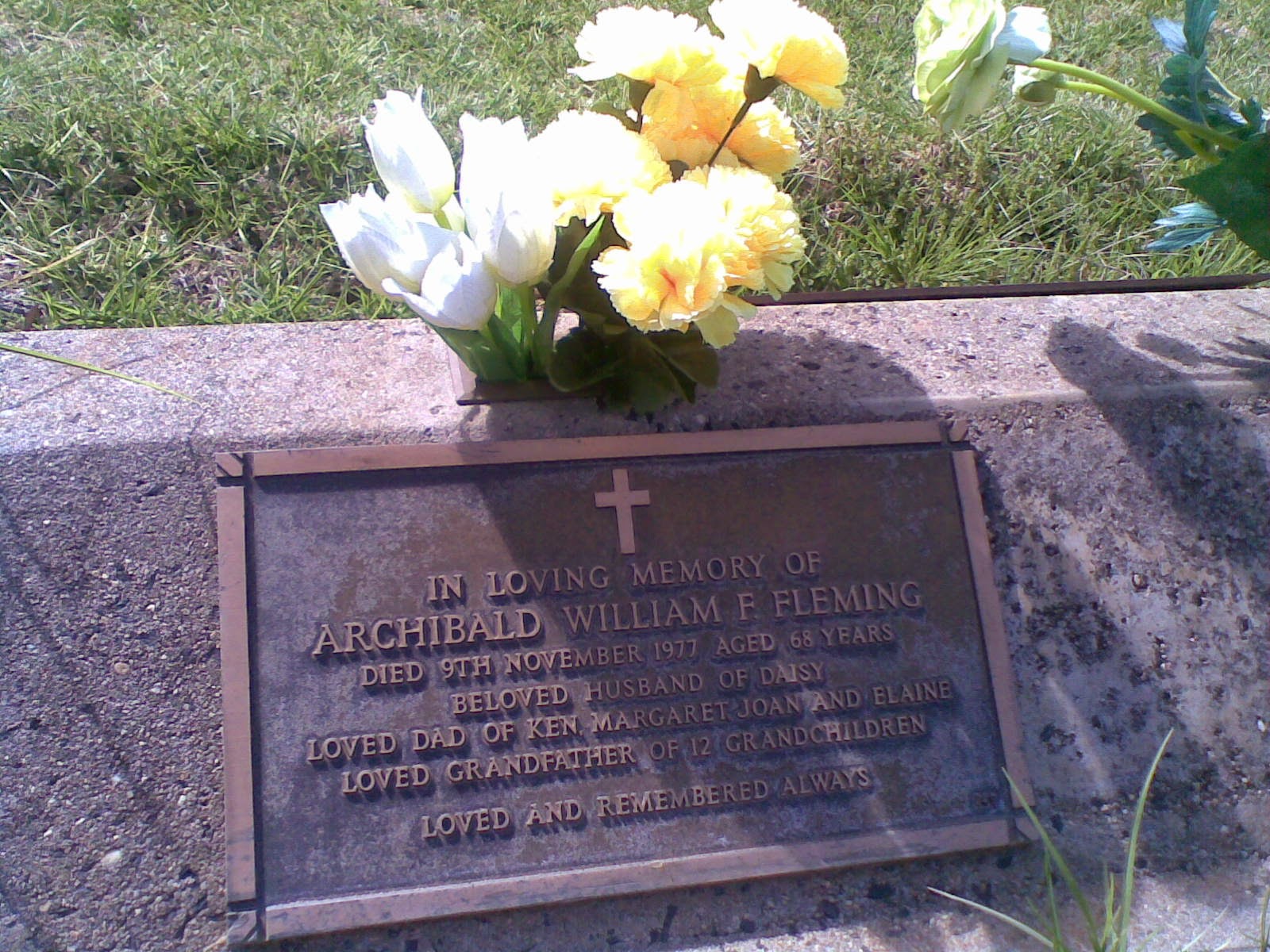 Much loved grandfather, Archie Fleming, left this life 40 years ago today; the 9th of November 1977.

He was survived by his wife, Daisy nee Morgan, one son, three daughters and twelve grand children of which I am the eldest. 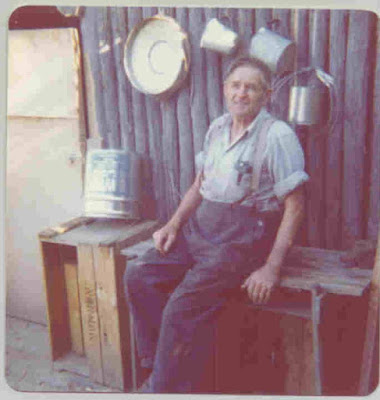 Posted by Kerryn Taylor at 1:00 am No comments: Links to this post