Johanna Margaret BARRETT was born in New Zealand in 1885 and was adopted by my great great grand uncle, Thomas KELLY and his wife Juliana.
Thomas had gone to New Zealand from Australia in 1862 to follow the gold rushes.
He married Juliana BASSETT in 1867.
Thomas died in 1912 and Juliana in 1929.
Later Thomas' nephew, Alexander MORGAN, joined him in New Zealand.
Alexander was the older brother of my paternal great grandmother, Mary ADAMS nee MORGAN.
Alexander married Lavinia (Vena) Stuart in 1894.
Alexander died in 1929 and Lavinia died in 1954.
I am extremely grateful that descendants of Alex and Vena have shared with me many of his letters and photos.  I am amazed at what he kept.


A letter written to Vena MORGAN by Dolly from Sydney in 1933.
In this letter Dolly mentions the above photo. 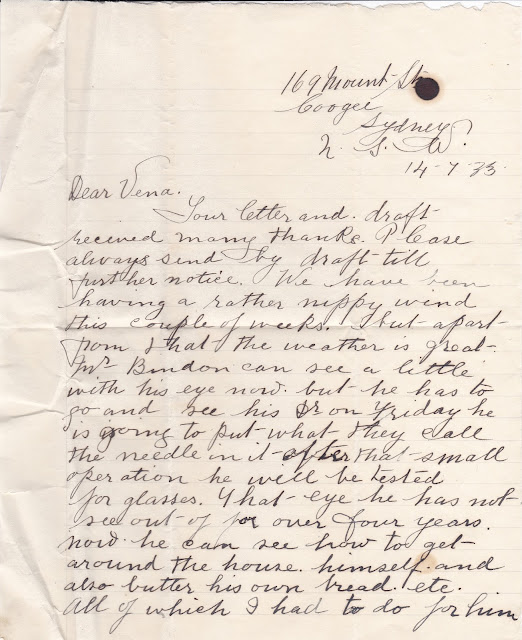 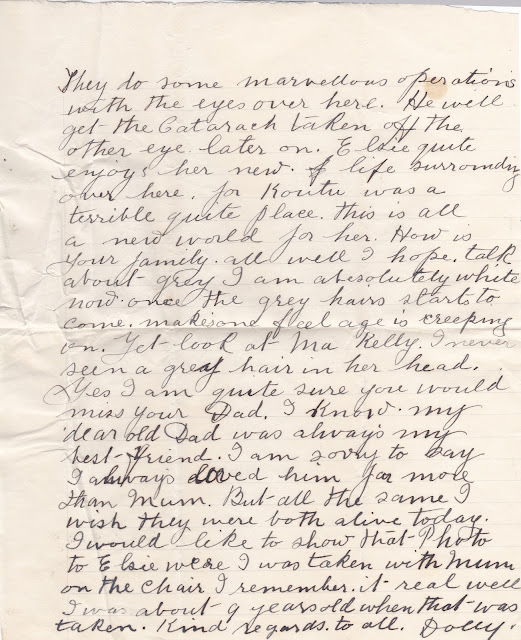