My husband's great-great-grandparents came to Australia from Lancashire, England and settled at Ballarat, Victoria.

Henry Elkanah TAYLOR had married Mary Ann DURHAM in England on the 21st of June 1846.

They had six children.  So far I only have further details on two sons, my husband's great-grandfather, John and his brother William.

Mary died at Clark's Hill, Victoria on the 4th of October 1903 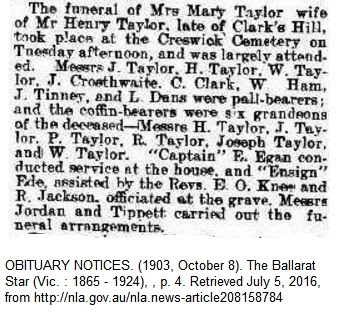 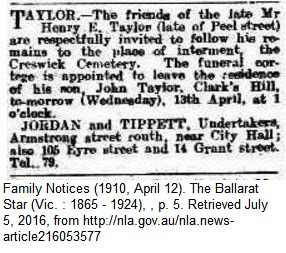 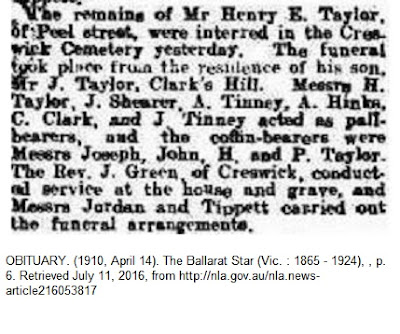