John and Mary Ann TAYLOR were my husband's paternal great-grandparents.

Mary Ann was born in 1859 at Creswick, Victoria to parents Andrew TANNAHILL and Elizabeth WATSON.

John and Mary Ann married at Creswick, Victoria on the 6th of September 1875.  They had eleven children, some died in infancy and some died before their parents.

Sadly, at the age of 71 years, Mary Ann suffered a nasty accident which caused her death. 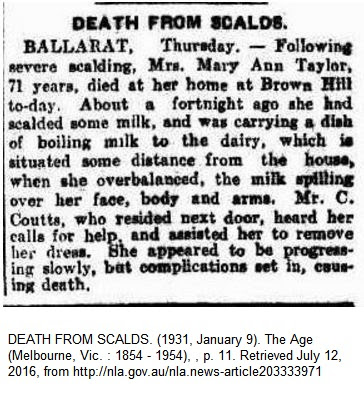 John reached a grand age of 90 years and had been living with his son Jack. 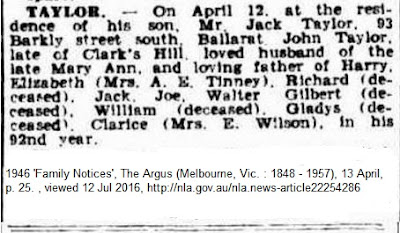 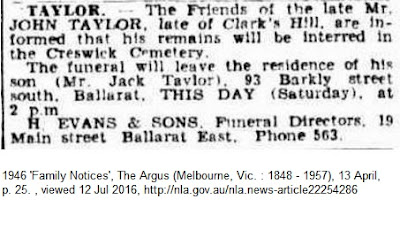 Some years ago in an email, I received the wonderful digital photo below from another family researcher which was taken at John and Mary Ann's 50th wedding anniversary which would have been in 1925.  Unfortunately silly me did not label the photo in my computer file and have since changed computer and email program so I no longer have a record of who gave it to me.
I am hoping if I post the photo here that person may see it and contact me. 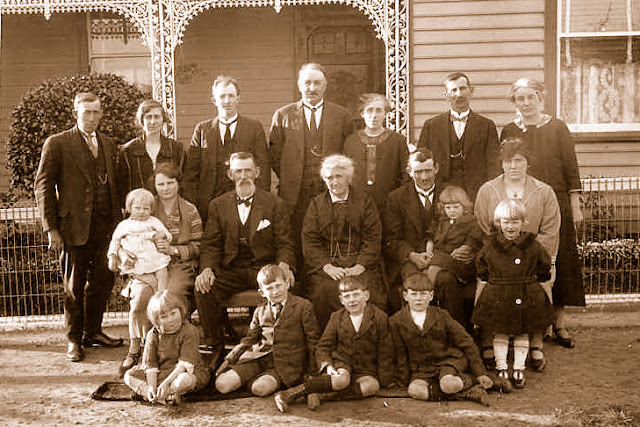 I am fairly sure my husband's grandparents, Henry Elkanah TAYLOR and Margaret nee DUNCAN,  are far left in the back row.
By Kerryn Taylor - July 12, 2016