My paternal great-grandmother Mary Agnes ADAMS nee MORGAN
was born on the 17th of October 1864 at Moonee Ponds, Victoria.
She was the third child and eldest daughter of John MORGAN and Alice nee KELLY who were owners/licensees of the original Cross Keys Hotel at Essendon.

Mary married John ADAMS on the 7th of November 1887 at Essendon but they later separated and had been through a rather acrimonious maintenance battle which I covered in another Trove Tuesday post in 2012.

I was very thankful when the Melbourne Age newspaper became available in Trove as that seems to be have been where my grandmother's family put their notices.

Mary Agnes ADAMS died on the 24th of August 1933 at her home at 10 Molesworth Street North Melbourne. 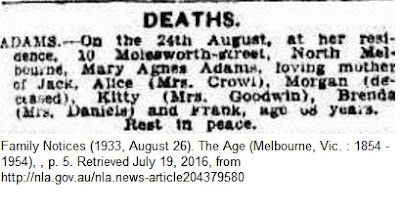 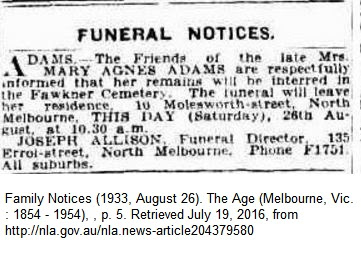 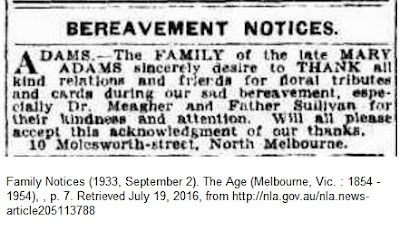 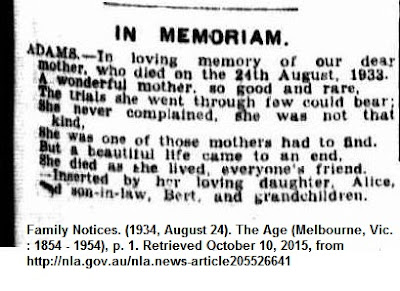 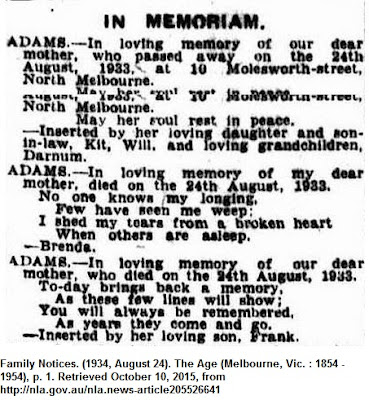