Jessie Anna HULME, was an older sister of my maternal great-grandmother Ada May HULME.
Jessie died on the 21st of September, 1918 at the very young age of 38 years.
She was born at Oxley, North East Victoria, on the 28th of January 1880, the third daughter of Joseph HULME and Anna Dorothea nee BARTSH. 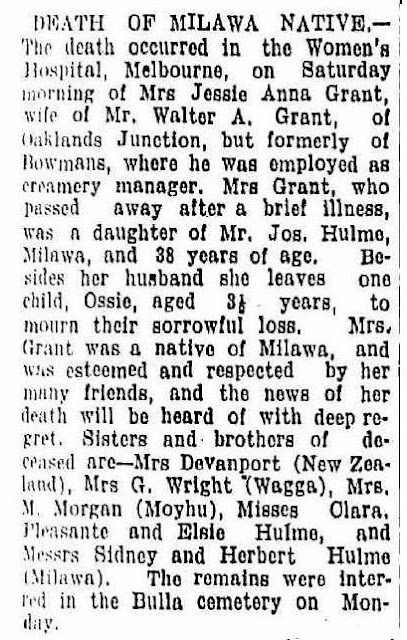 In my grandmother's photo album is a postcard photo of young Ossie Maxwell Joffre GRANT at 5 years of age. 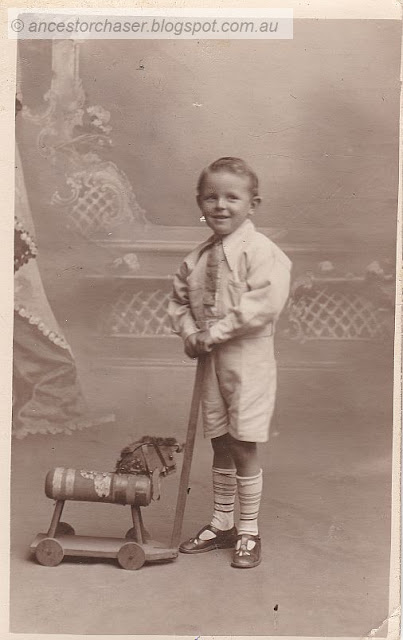 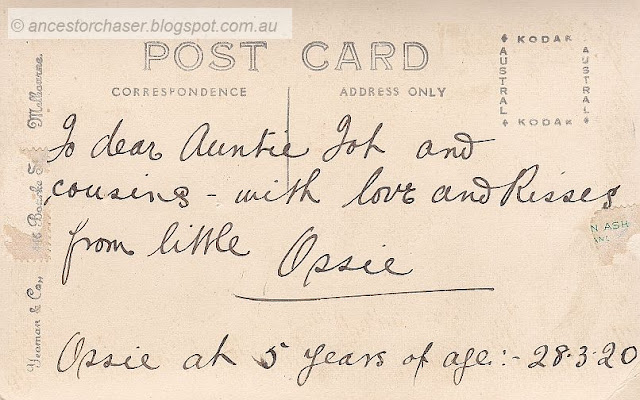 I think from memory my great-grandmother was known as Auntie Top.
Jessie and Walter moved down to Melbourne, probably to be near the hospital.  After Jessie's death, going by information on the electoral roll entries, I think Walter was living with his sister, Ethel Grace GRANT.  Perhaps she looked after Ossie for him.