News of the day back then - Happy Birthday Dad 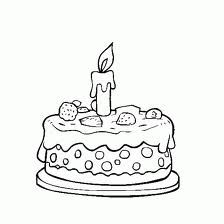 What was news on the day you were born

Peace Moves in Spain
Diplomatic Circles in Paris are optimistic regarding the prospects of a cessation of the civil war in Spain as the result of a second interview between M Berard, a former Federal Minister, and the Nationalist Foreign
Minister. (Page 11.)
Britain's Pledge to France.
Following Mr. Chamberlain's recent pledge to France, some members of the House of Commons suggest that the only means of implementing the promise is to be prepared to send an expeditionary force to the Continent at a moment's notice. (Page 11.)
Crisis in Syria.
The Syrian government has resigned, declaring that it will no longer recognise the French mandate and demanding the control of the customs and defence. (Page 11.)
Missing in Central Australia.
A party, which includes a woman and a baby, has been missing for nine days in Central Australia. (Page 11.) .
Transport Act Revision.
Several suggestions for improving the operation of the Transport Act. will be made by the Commercial Motor Users-Association when the Minister of Transport reviews the regulations. (Page 10.)
Road Plan Abandoned.
Because it has been unable to obtain a guarantee that the land will not be .required for future railway extensions, the City Council has abandoned a plan to construct a new road to link Queens and Spencer street bridges. (Page 10.)
Exhibition Oval Lease.
In an action commenced before Mr. Justice Martin yesterday, Mr. Barry, M.L.A., is contesting the legality of the action of the Exhibition trustees in leasing the sports oval to Jacob Campbell. (Page 7.)
Record Enlistments.
Last week a record number of 3500 enlistments was made to the militia forces. Only 8741 recruits are now required to reach the objective of 70,000. (Page 12.)
Air Court Proposal.
Federal Cabinet is expected next month to institute an air court, presided over by a magistrate in each State. (Page 10.)
Radio Profits Fall
Reaction after completion of Test cricket broadcasts is one of the main influences blamed by B.R. (Radio) Ltd. for the decline in profits, causing directors to decide no preference or ordinary interim dividend for the half year; should be declared. (Page 9.)
Control of Public Works.
Efforts to coordinate control of State public works on a national basis are likely to be made soon by the Federal Cabinet. (Page 10.)
Work For Youth
Youths receiving training under the Commonwealth and State scheme are being drafted into industry.
A review of the position was given by the Minister yesterday. (Page 12.)
Threat to Insurance
Destructive moves for the indefinite postponement of the national insurance scheme will be made at a meeting of the joint Ministerial parties on March 1. The meeting, which it is considered will have a distinct effect on the reputation of the Government, is being awaited with intense interest. (Page 11.)
Cool Stores Razed.
£25,000 damage was caused when fire destroyed the Blackburn Cool Stores early yesterday morning. (Page 7.)
Royal Commissioner's Complaint.
Judge Stretton complained at Colac that mill owners were ignoring the Royal Commission on Bush Fires and that to get their evidence he might subpoena them to attend in Melbourne. (Page 12.)
Timber Salvage.
A huge dam may be constructed by the Government at Noojee to submerge and preserve logs from the devastated bushfire areas. (Page 15.)
Murder Trial Evidence.
The Crown case at the trial of George Green, chimney sweep, of Heidelberg, who is charged with the murder of two women, was outlined in the Criminal Court yesterday. (Page 7.)
Rich Maffra Areas.
The Minister of Water Supply admitted yesterday that areas at Maffra were suitable for irrigation, but stated that any extension meant an application to the Loan Council. (Page 15.)
Ajax Out of Newmarket.
Ajax was scratched yesterday morning for the Newmarket Handicap. (Page 5.)
Holding the Ball Rule.
The move supported by the Victorian League to have the holding the ball rule altered has failed. (Page 6.)
By Kerryn Taylor - February 21, 2017