Tribute to John Forsyth - by his granddaughter, Anne-maree

John FORSYTH was the brother of my great grandmother, Margaret Ann Hay FORSYTH.

Below is a guest post by Anne-maree Osborne about her granddad.

After spending 3 years in the Boer war with lice-infested uniforms, I am certain by the time WW1 started he was thinking not again. Grandad's two brothers James 13/2773 and William 13/2189 also enlisted. Three brothers went and three came home..amazing really.
WW1 Egyptian Expeditionary Force.
Auckland Mounted Rifles (AMR) Machine Gunner Squad. Imperial Camel Corps.
Grandad enlisted on March 8th, 1916 at 37 yrs old, he was made corporal on the 29th April 1916 and was part of the 17th regiment. On the 23rd July 1916, he then went to the 20th Regiment and then onto the 20th Mounted Rifles as a corporal. He was then promoted to sergeant on the 8th Dec 1916, all of this was at Featherston Camp, Lower Hutt, Wellington NZ during Training.
On the 14th Dec 1916 Grandad left on the Moeraki along with 112 other troops of the 20th Mounted Riffles.
Grandad knew what he was in for but the younger ones must have to some degree been a little disappointed by this. He sailed to Sydney Australia where they were transferred to the Mooltan and from there sailed to Egypt, arriving in Cairo on the 24th Jan 1917. On arrival as a sergeant with the Mounted training regiment, they were taken on strength to the 20th reinforcements in Moascar, Cairo, Egypt. They went to the school of Instruction Zeitoun on the 28th Jan 1917 and on detachment to the school of instruction Grandad was then moved to back Corporal and they were here until the 17th Feb 1917. Between 7th January and 31st May 1916, 1,166 officers and 5,512 other ranks attended and passed in the various classes at the School of Instruction at Zeitoun, Egypt - Besides the ordinary courses, for officers and non-commissioned officers, it holds machine gun, Lewis gun, signal and telephone, artillery, Stokes gun, and grenadier classes.

For some reason only known to him, he reverts to Trooper at his own request.
25th Feb 1917
The 20th Mounted Rifle Squadron was a sub-unit of the New Zealand Military Forces during the First World War.
It was part of the New Zealand Mounted Rifles Brigade and served with them in the Sinai and Palestine Campaign from 1916 to 1918. The squadron was formed in Egypt during 1916 by amalgamating three machine-gun sections, belonging to three separate regiments, the Auckland Mounted Rifles, the Canterbury Mounted Rifles and the Wellington Mounted Rifles. Each section was initially equipped with two Maxim guns but following their experience in the Gallipoli Campaign, where the value of the guns in attack and defence was realised, their strength was increased to four guns.
This is where conditions were not great cleanliness wise, he has developed dysentery from either bad water or contaminated living conditions and lack of bathing etc or all of them and after being in the field at Tel el Fara near Gaza March 1917, it was not long before he and many others suffered from dysentery. He was in the hospital for 3 weeks and a convalescent home for another month. After this, you would think things would have improved but no, back out in the field. On the 5th May, he was again admitted to Aotea NZ Convalescent Hospital in Heliopsis, Cairo, Egypt.
June-July-August-September and October 1917
Grandad was part of the NZ Mounted Rifle Brigade machine gun squadron in Egypt 31st July 1917 and then was transferred to 16th ( ICC ) Imperial Camel Corps as a machine gunner. There was a lot of moving around of men to different units. This squadron primarily fought against the forces of the Ottoman Turkish Empire, first in Egypt during 1916, then in Palestine and the Jordan Valley in 1917 to 1918. For the rest of 1917 the New Zealand, Australian and British Cameleers fought against the Ottoman Turks. From April to October 1917, the Ottoman and British Empire forces held their lines of defence from Gaza to Beersheba.
Dad tells me a funny story where they used to steal chickens and bury them in the sand with just their heads sticking out, food shortage maybe?
The cameleers of the Imperial Camel Corps would ride their mounts to the scene of the action but once there they were expected to dismount and fight on foot – as infantrymen. The Machine Gun Section consisted of one officer and 14 other ranks and was equipped with three Lewis Guns.
The Imperial Camel Corps
The Imperial Camel Corps (ICC) operated in Egypt and Palestine in the Middle East theatre of operations during WWI. While many view it as a
British unit, its ANZAC personnel outnumbered its British personnel. In 1916 the Imperial Camel Corps consisted of 18 companies,10 Australian, 6 British and two New Zealand.
The possibilities of the camel had been foreseen by General Kitchener who engaged Colonel L.C. Smith. Smith thought that anyone who could handle horses could manage camels, so he asked for volunteers from the yeomanry regiments then in Egypt, and from the Australian Light Horse and the New Zealand Mounted Rifles. There was no shortage of volunteers and 18 companies, 150 men were raised. Most of the volunteers came from the Australian Light Horse and the New Zealand Mounted Regiment.
150 Kilos was the weight carried by each Camel of the I.C.C. The equipment of this fine body of men included the ‘Dhurra’ bag carrying five days grain for the camel, and a cylindrical five-gallon tank holding the rider’s five days water supply. Food for five days and spare clothing were carried in a canvas ‘‘Pikau’’ bag slung over the saddle. Strapped overall were blankets, overcoat, rifle and all, including the man. The whole of the Imperial Camel Corps was mounted on camels, of which well over three thousand were required to mount the men and carry the transport. These animals, if following each other head to tail, would make a column over eight miles long. No wheeled vehicles of any sort were attached to the Corps. Three hundred and forty-six officers and men of the Imperial Camel Corps died during the Sinai Palestine campaign. Killed in Action, Died of Wounds or Died of Disease.
Grandad once again had dysentery in October. After staying in the field for a week he was admitted on the 5th November 1917, to No 2 Australian General Hospital Abbassia, Cairo and then again on the 17th Nov 1917 to Aotea Convalescent home, Heliopolis. He was still there on the 8th Dec 1917 and it was stated "condition still the same". By this time I am sure he would have been pretty fed up and they had the cheek to ask him if it was hereditary, his reply was he suffered from the same thing in the Boer War, he never went back into the field and was on his way home to NZ (lucky for me smile emoticon He was discharged with the A.I B (Auckland Infantry Battalion) on the 28th Dec 1917 Suez, Embarked for NZ on the Tofua.
I'm Guessing this was a very good Christmas compared with the one before in 1916 when on the way to war.
He was discharged in NZ on the 29th April 1918 as no longer physically fit for war service on account of illness contracted in active service. 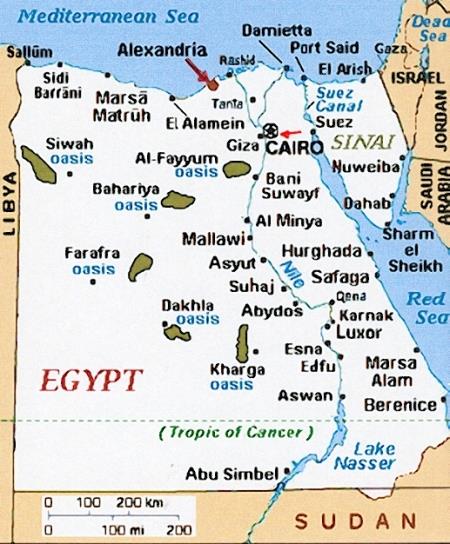