My favourite photo is of my maternal grandmother, Daisy Marion MORGAN
and her sister Clarice May MORGAN.
Clarice was born in September 1905 and Daisy in August 1908.
I think this photo would probably have been taken in about 1910 or 11. 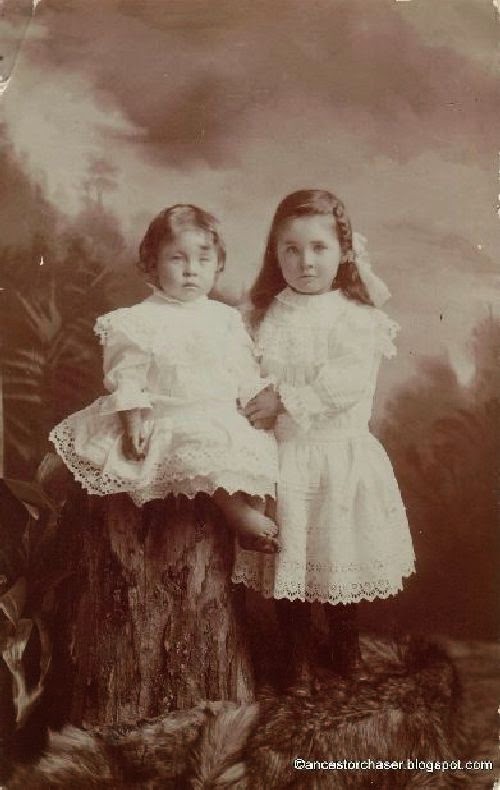 Clarice and Daisy were both born at Moyhu, Victoria, the eldest and second eldest of four daughters of William Thomas MORGAN and Ada May HULME.  All four daughters had boys nicknames.