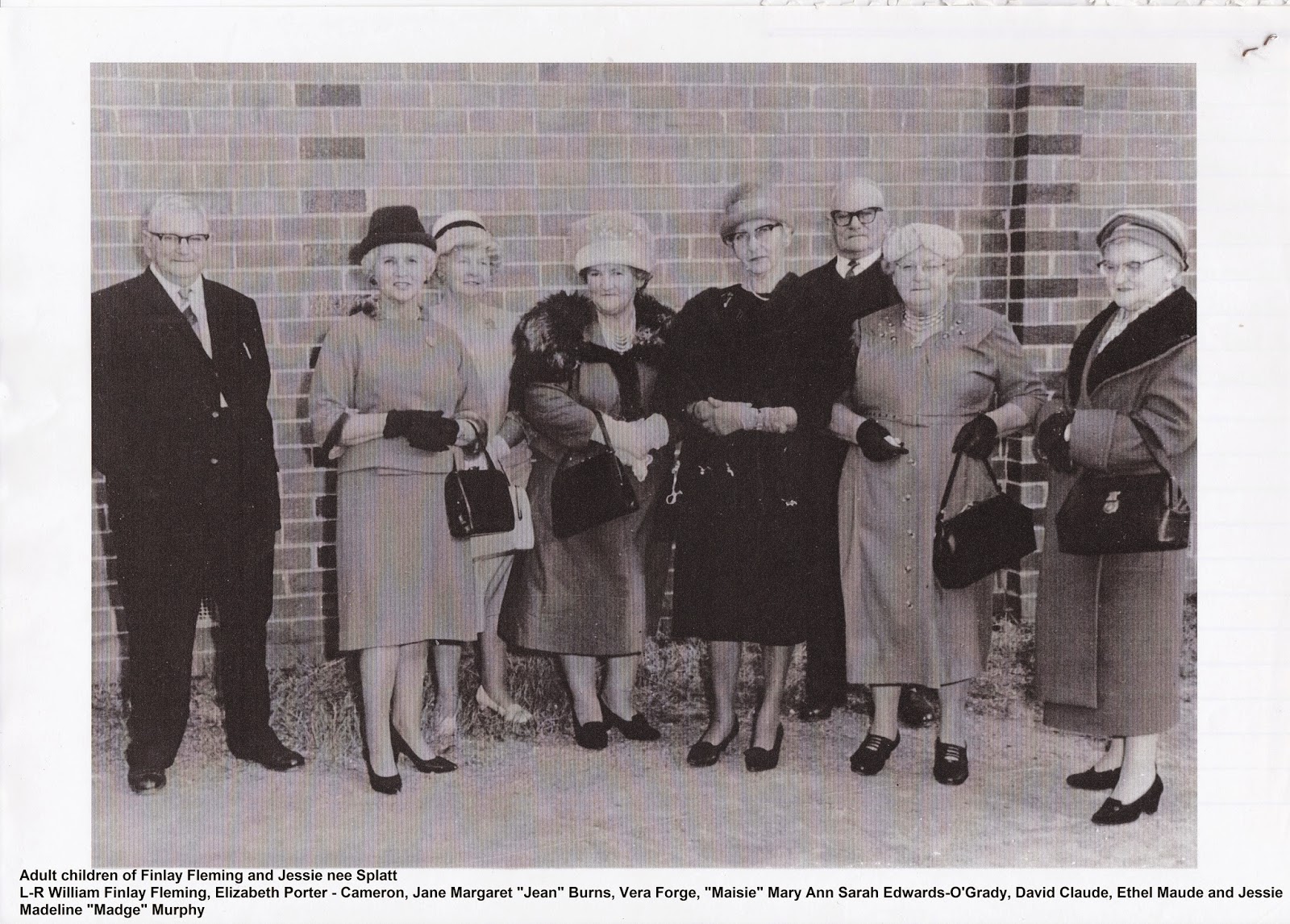 One daughter deceased so missing from the photo is Christina Florence Fleming born 1898 Barwo died 1953 at Mildura.  She married Garret Lyons in 1917 and they had two sons.

The Fleming's had settled at Kotupna, near Nathalia in Northern Victoria, in the 1870s and in 1901 they moved to the King Valley in North East Victoria where the boys followed farming pursuits.

Finlay/Finley and Jessie are buried at the Whitfield, also known as the Hyem cemetery in North East Victoria, with their young grandson Phillip Burns who died in 1927 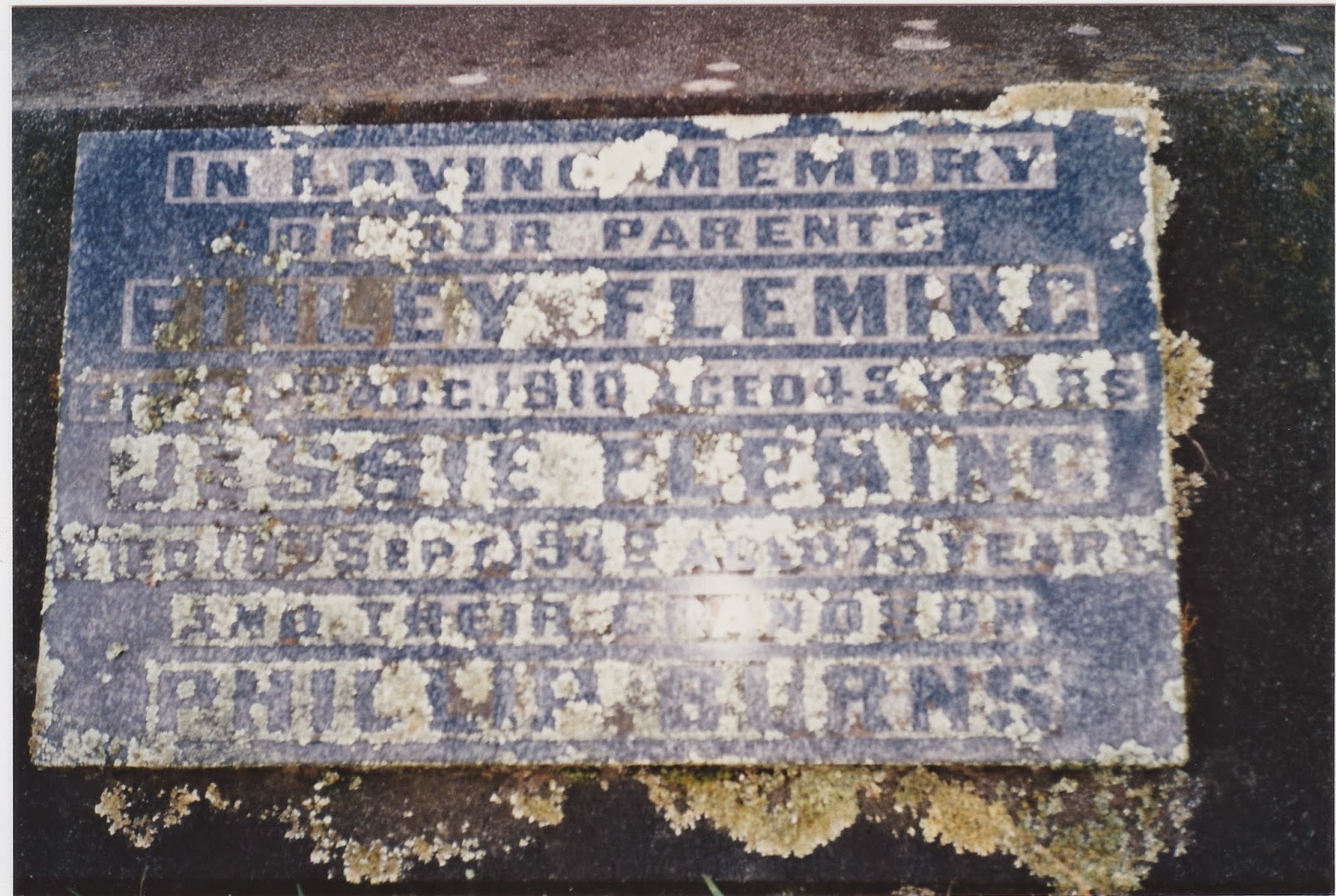 Wangaratta Despatch, August 6th, 1910 - Death of King Valley Farmer
~~~~~~~~~~~~~~~
The death of Mr. Finlay Fleming, a well known and much respected farmer of the King Valley, caused surprise and regret in the district on Wednesday.  The deceased was in his usual health last week, excepting for a cold to which he did not give much attention.  On Saturday, however, he became ill, and was brought to the Wangaratta hospital, where it was found he was suffering from pneumonia, he gradually got worse, and died about midnight on Tuesday.  The late Mr. Fleming, who was the fifth son of Mr. W.F. Fleming, of Edi (who celebrated his hundredth birthday in January last) was born at Creswick, but spent most of his life at Kotupna, where Mr. Fleming senior, settled after he gave up mining.  About eight years ago the parents and several of the sons moved to this district,  where they secured farms, and Mr. Finlay Fleming's residence on the King River dated back to that time,  he was a very industrious man, a good farmer, and possessed of excellent personal qualities that made him very popular.  His death at the early age of 46 years has been heard of with great regret for the deceased had many friends,  who regarded him as an acquisition to the Edi district.  His unexpected death comes with crushing effect, too upon his wife, who is left with a family of nine children, the eldest of whom is 16 years of age, and the youngest 5, the great sympathy has been expressed for her and the other relatives on this untimely bereavement,  Messrs. James, Donald, and Henry Fleming of Edi are deceased's brothers, another being resident in New South Wales, while Mrs. Lawrence (Whitfield), Mrs. Thomas (Albury), Mrs. Tuckett and Mrs. Worrall (Melbourne) are sisters.  The remains of deceased were interred in the Whitfield cemetery, the coffin being taken by train to Hyem stopping place on Wednesday afternoon.