My husband bought this pair of swans for his much loved mum, Linda, in 1965.

Linda was born in 1914 at Koorweinguboora, near Daylesford in Victoria, the youngest daughter of William (Bill) Riley and Sarah nee Young.

Linda married Allan Taylor in 1944.  They had seven children and lived for many years at Numurkah in Northern Victoria.

Graeme had not long left school and started work at the Post Office so he must have saved his wages because they cost him £12 which I'm sure was a lot back then.

Linda cherished them.  Each time they moved house the swans were carefully wrapped to avoid breakage and carried in a cane basket by his mum until they reached their new destination.

We have also moved quite a bit so the swans have been wrapped and packed away for safe keeping for a few years now.  Today we got them out to check that they were still okay.

They are so beautiful to look at.  They stand 32 centimetres (13 inches) high and have a sort of a mother of pearl sheen.  I'm not sure what they're made of but are quite fine.  They're not as white as they look here in the photos.  There is no mark or name on the base of them just a hole that is often seen in the base of ornaments. 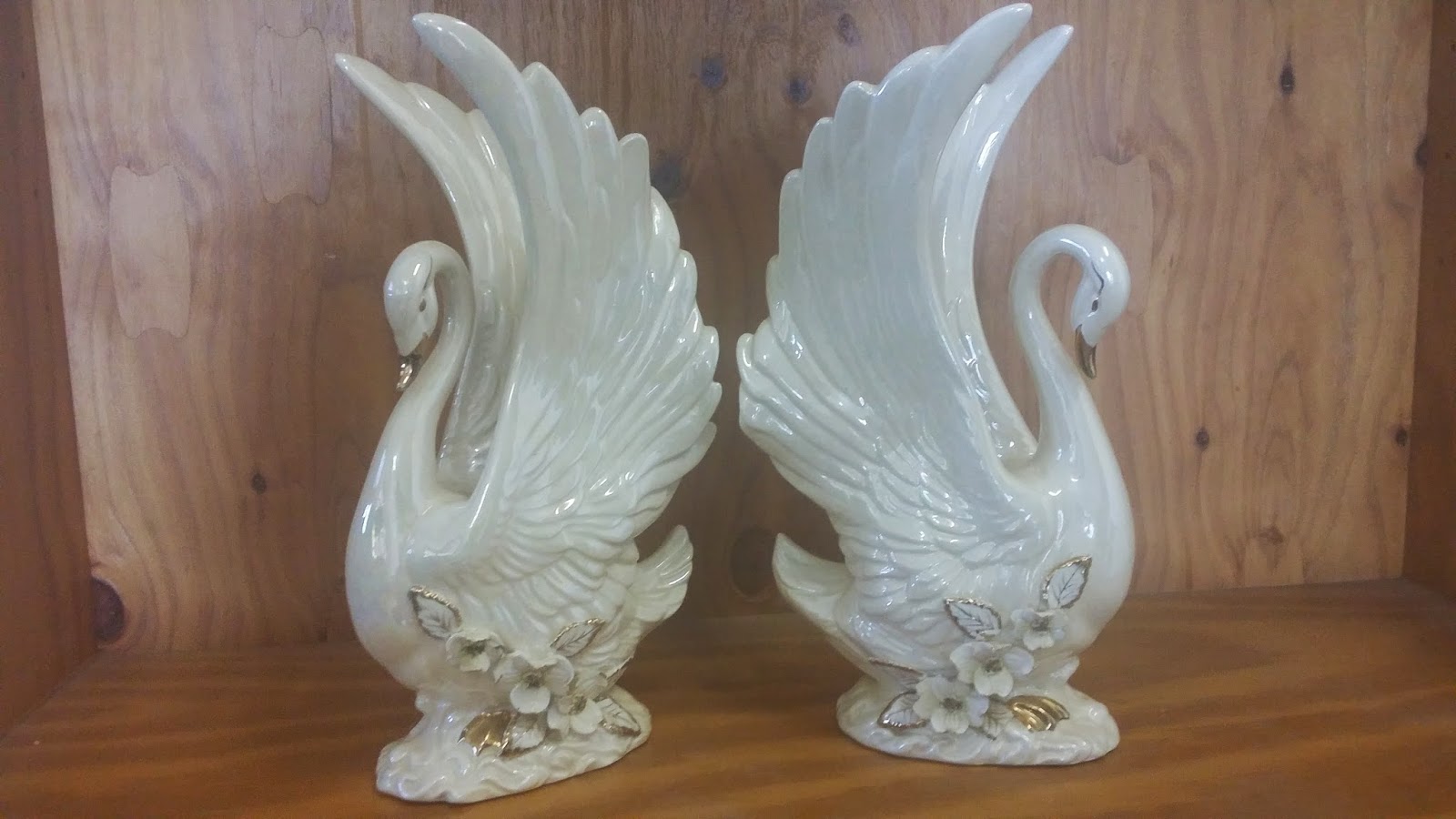 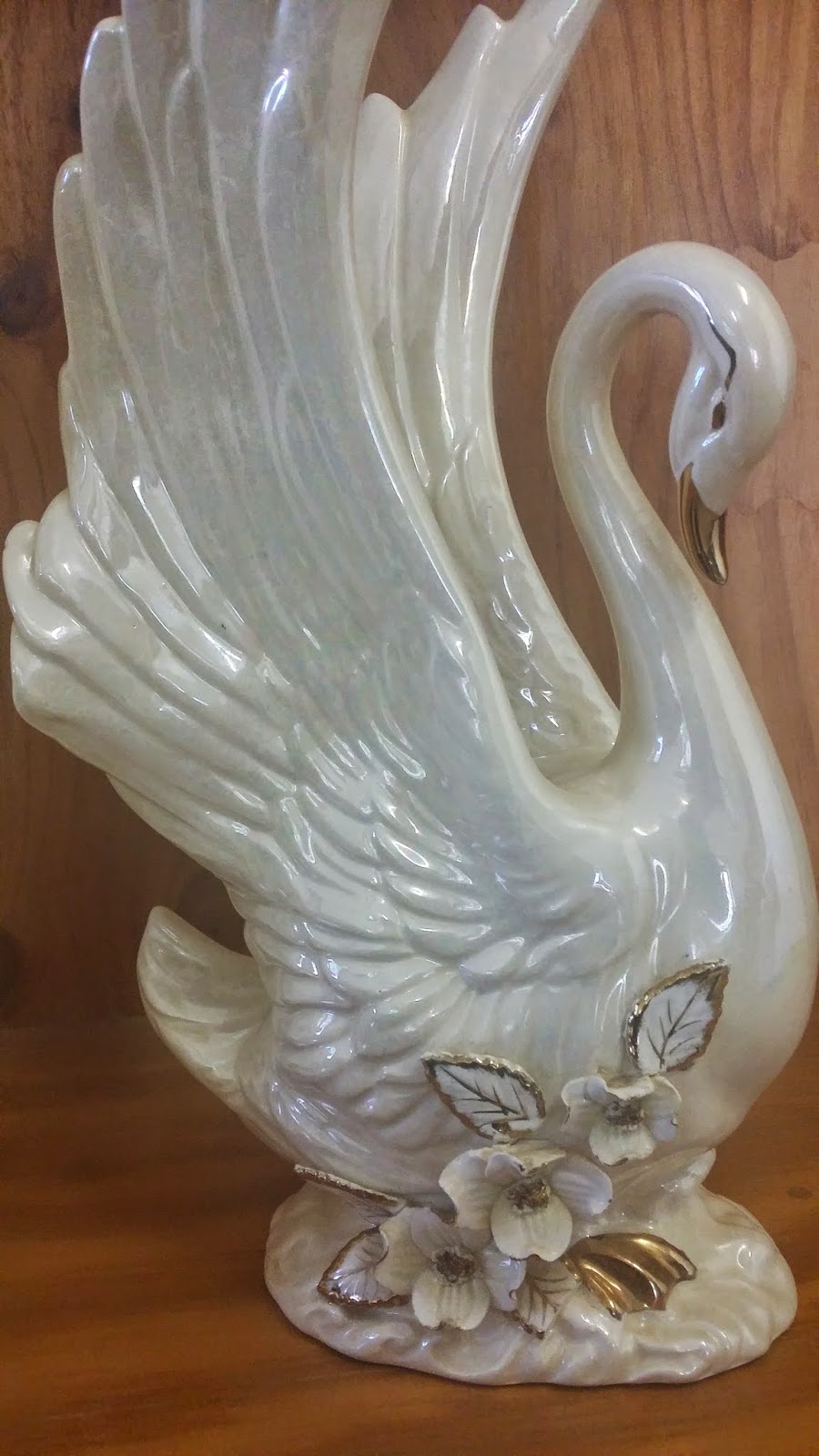