Clarice May Morgan married David Jones in 1930.  Her bridesmaid was her sister, (my nana), Daisy Marion Morgan and the best man was the groom's brother, Ernie Jones.

Clarice, known to us as "Aunty Tod" because all the girls in the family had boys nicknames, was born at Moyhu on the 23rd of September 1905. She was the eldest daughter of William Thomas Morgan and Ada May nee Hulme.
Aunty Tod died at Wangaratta on the 16th of January 1998, aged 92 years.  Her husband David died at the very young age of 35 in 1942.  They had 2 children, Carol and Neil both now deceased. 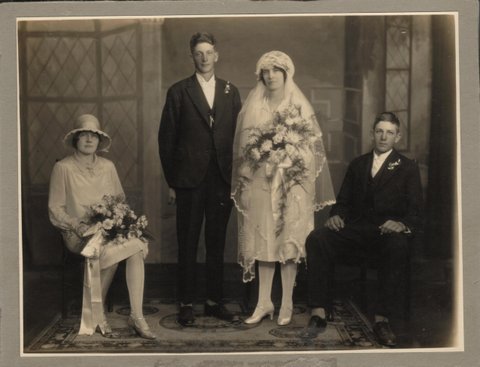