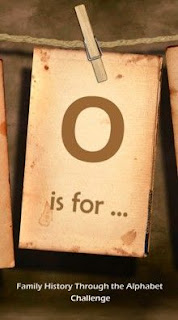 This is my O contribution to the  Family History through the Alphabet Challenge  by Alona from Gould Genealogy.

Knowing or finding out our ancestors Occupations  helps enormously with researching their families as many continued on in the same line of work even if they moved away.
A number of my ancestral families have followed the same occupations for generations.
My research has produced, as do many family trees, a few good old "ag labs"

I've also found grocers in London, England,  builders and bricklayers in Essex, England whose descendants carried on the same trade here in Australia. I had wheelwrights in Lincolnshire, Carters in New Zealand, a currier (tanner) in Australia as well as miners, blacksmiths, drystone dykers, gardeners, shepherds and many domestic servants.

I'm very pleased to have had 3rd great grandfathers who were farmers in Ireland as without the  Griffith's Valuation Rolls I probably wouldn't have got as far as I have with my Irish research.

My Forsyth families in Aberdeenshire Scotland were meal millers for many generations.  The earliest (confirmed) found in parish records is my 5th great grandfather, James Forsyth.  He was a meal miller at the Mill of Auchterellon in 1781.
He may also have had a brother, Alexander Forsyth, who was a meal miller at Little Mill of Esselmont.

James Forsyth's son Alexander (my 4th great grandfather) was also a meal miller.
Alexander's first three children (1811 to 1815) were born at Old Mill Foveran where some of the old buildings still stand.
His next 7 children's births were all registered at Ellon.
They were most likely born at the Mill of Broomfield as by 1841 Alexander was miller there until about 1851 when he moved to the Mill of Aberdour.
His older son James stayed on as master miller at the Mill of Broomfield until the late 1870s when he moved back to the Old Mill at Foveran where his older siblings had been born.

I'm told nothing remains of the Mill of Broomfield.

When Alexander retired at Aberdour, his next eldest son Robert (my 3rd great grandfather) took over as head miller.  My great great grandfather, also Robert Forsyth who was born in 1852, became a Miller at the Mill of Aberdour until he and his wife decided to pack up and head to New Zealand in 1874 where he became a farmer at Kaiapoi  just North of Christchurch.

The following photos are what today remains of the Mill of Aberdour.  They were very kindly taken for our family history research by Patrick and Dorothy Forsyth.  Patrick's ancestors stayed in Scotland.
It is wonderful to have someone living in the area who knows so much about the family's history. 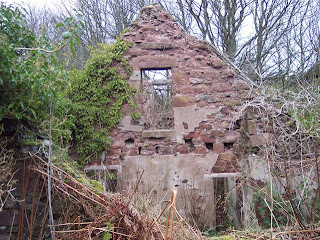 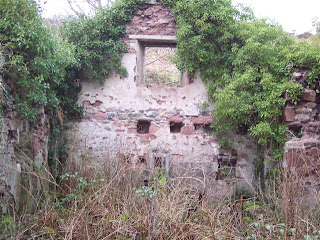 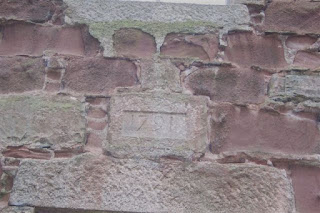