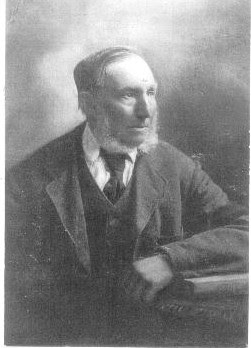 In the 1841 census he was living at Stonesby with his parents Elijah and Mary and his little sister Emma age 2.

Elijah was an agricultural labourer.
There were several other Musson families at Stonesby.


William decided to head to New Zealand in 1861.  He sailed on the ship "Royal Stuart" which departed Gravesend UK on the 3 July 1861 and arrived at Lyttleton Harbour on the 8th of October 1861.
His occupation was listed as Farm labourer on the passenger list and he was 25 years of age. 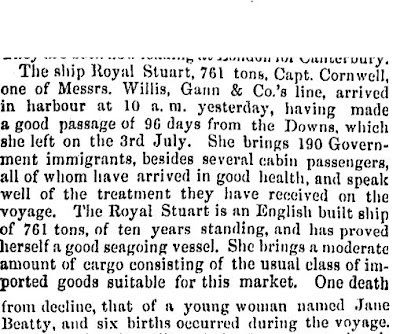 William Musson was mentioned in the G.R. McDonald Dictionary of Canterbury Biographies. 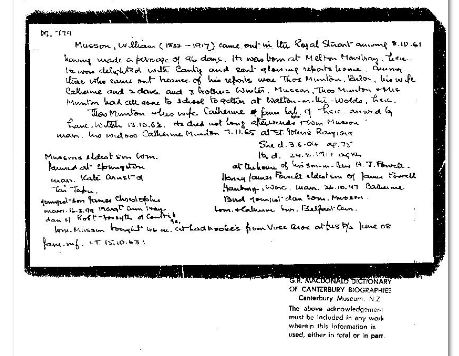 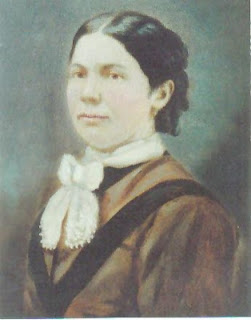 
Catherine arrived in New Zealand in 1863 with her first husband, Thomas Munton, and their 2 daughters.
They travelled from England on the Lancashire Witch.
Thomas Munton died shortly after arrival  leaving Catherine a widow  in a strange country but she was at least among friends. William and Catherine Musson are buried at the Belfast cemetery, Canterbury.  Their grandson, Walter Musson, rests with them.  Walter died from diabetes at the age of eleven.

Many years later, in November 1953 an article was printed in the Melton Mowbray Times.

The article had been supplied to the news paper by descendants of Catherine Bird and her first husband Thomas Munton. 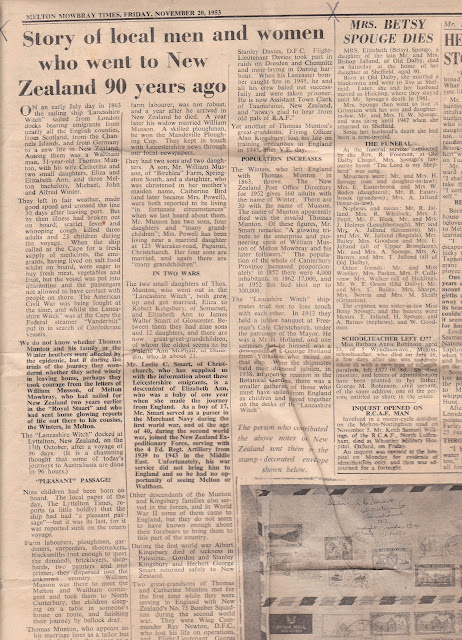