I had the half a dozen little photos with some names and nicknames on the back.  We will never know whether my grandfather brought the photos over with him or if perhaps his sister sent them over later because he was homesick.       (Story at  what-started-my-genealogy-journey) 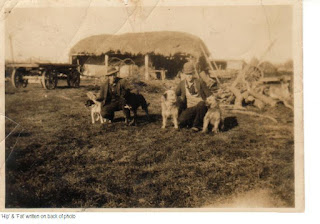 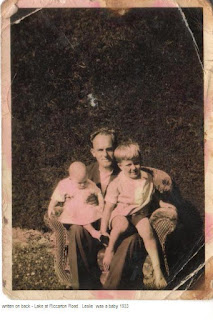 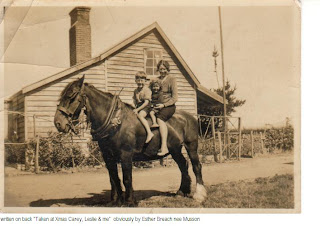 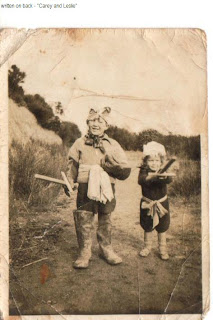 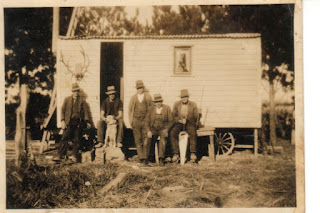 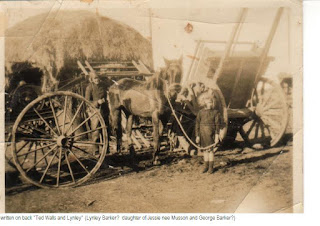 Recently in my research I found him listed on the New Zealand electoral roll for 1935.
He was living at West Belt, Rangiora - Hurunui, Canterbury.  His father, James Christopher Musson was also there. James snr was a farmer, James jnr was a labourer.  His mother, Margaret Ann Hay Musson , nee Forsyth had died in 1929.

Perhaps this was added reason for his leaving?

Ironically West Belt, Rangiora was the same address for the Forsyth family that I had written to in the 1990s.  They were in fact relatives of my great grandmother.


On my trip to New Zealand to meet all my newly found family I was given a stack of photograph negatives which I had developed after I got home.  They seemed to be ranging in time frames from around the 1920s to the 1940s with some possibly even later. 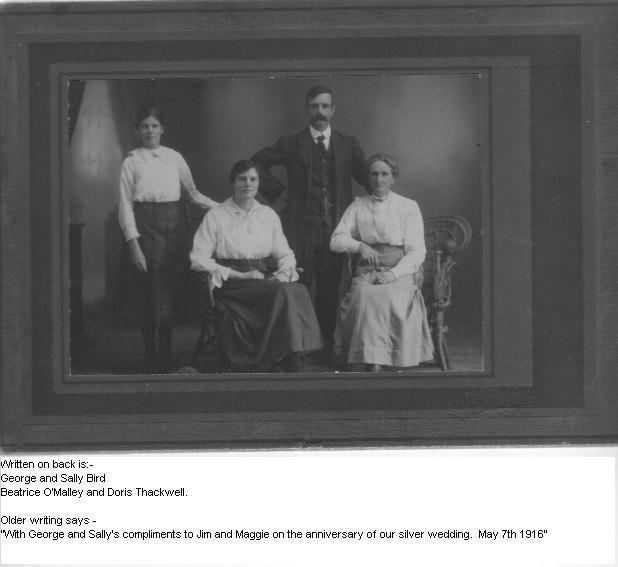 Jim and Maggie were my great grandparents!

And then, amongst the photos from the negatives was the following photo.
I had also been given a paper copy of this one on my New Zealand trip 10 years ago. 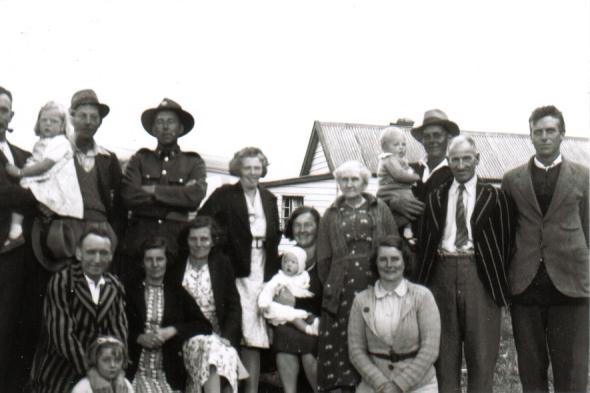 On this paper copy was written:

It turns out that George Bird was Catherine Bird's nephew and the only other member of that Bird family (that we know of as yet) to go to New Zealand.

Corrinne said she had always wondered if her great grandparents had chosen to come to New Zealand because some other family members were already there...... AND ..... finally,  after many years of searching for the date of their arrival in New Zealand, she found the record. ..... Exactly 100 years to the day!   spooky!

She remembered her mother speaking of an Aunty Jessie.  This was in fact Jessie Barker nee Musson who lived at Harewood where the Christchurch airport is now.  Both Nola and Corrinne, who didn't know of each other until yesterday (9th Feb 2012) always spoke of Aunty Jessie's house that was under the runway!  I find it truly amazing that, through family history research and the internet, members of families separated by oceans and generations, are once again connecting after so many years. 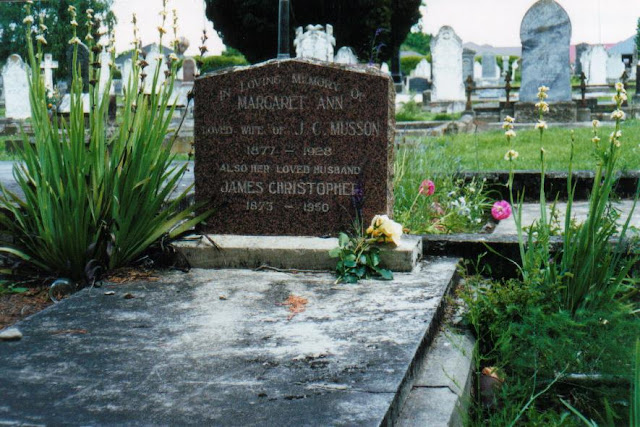