My paternal great-great-grandfather, JOHN MORGAN was born in 1829 at Derrynoose, Armagh, Ireland
His parents were Alexander MORGAN and Ann LENNON.
John was baptised on the 30 June 1829 at Derrynoose.
Sponsors were James LENNON and Mary MORGAN.

John died on the 24 Feb 1880 at the Cross Keys Hotel, Essendon, Victoria, Australia
Cause of death - Chronic alcoholism
Buried Melbourne General Cemetery
Denomination - Roman Catholic
There was a Cross Keys road not far from John's home town of Derrynoose in Armagh.


Cross Keys:  A common sign in Christian heraldry, referring to St. Peter, to whom Jesus said: "I will give unto thee the keys of the kingdom of heaven".  The papal arms show crossed keys.
Click here for more information on Cross Keys coat of arms of the Holy See. 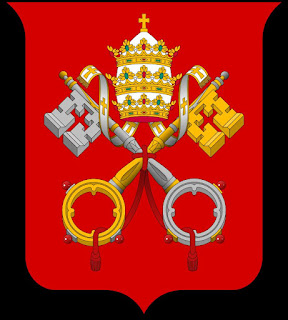 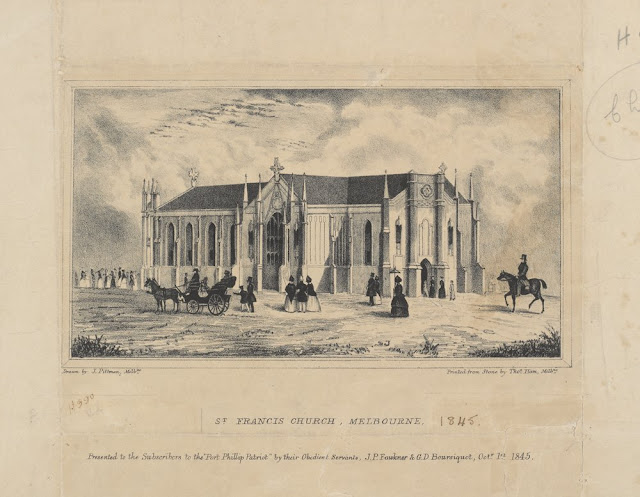 
MARGARET "ALICE" KELLY was born in 1834 Tipperary, Ireland
Parents - Cornelius KELLY and Mary MULLOUGHNEY/MOLOUGHNEY
Cornelius KELLY was a farmer who leased house, land, and office from Matthew Penefather at Fussough, Tipperary until about 1851.

Alice died on the 30 Sept 1904 at the
Cross Keys Hotel, Essendon, Victoria, Australia

Alice's father's death may have been the reason for her migrating to Australia some time in the early 1850s.  I have not yet found any information on her mother, Mary nee Moloughney, so I don't know where the younger boys lived between their father's death and their migration to Australia in 1858.

Michael Kelly
Baptised 18 Sep 1836, Dualla, Sponsors were Patrick Molloughney, Mary Mahony
He arrived in Australia in about 1897 only six months before his death of TB.
Did he go to South Africa directly from Ireland or, like his brothers, did he come to Australia first and then head to South Africa?

Thomas Kelly
Baptised 1 Jan 1843, Dualla, Sponsors were Thomas Quinlan, Catherine Mulloughny. Thomas emigrated to New Zealand in 1861. He married Juliana BASSETT. Thomas's New Zealand death certificate was the only way I found out the name of the townland in Tipperary that the KELLY'S came from.

The three younger brothers arrived in Australia on the 15th June 1858 on board the ship Rising Sun.
They had arrived just in time for their older sister's wedding on the 30th of June that same year.

John and Alice's 2nd son, Alexander MORGAN, was found to be in New Zealand along with Thomas KELLY, another of Alice's brothers.

Alice's brother, John KELLY, was found to be in Gippsland at around the time of John Morgan's death in 1880.

John Morgan had arrived in Australia on the ship Calliance on the 31st of December 1855 along with his 2 sisters, Margaret and Bridget.

John's occupation was listed as Agricultural Labourer and he was sponsored by a Mr. Dodd of Campbellfield.

Bridget (21 yrs) and Margaret  (19 yrs) both Farm Servants were sponsored by a Mrs. Morgan of Flinders Lane who was named as their sister in law.   This sister in law may well have been Mary Ellen Morgan, nee Hayes, who was married to a Felix Morgan.

The name Felix was used as a middle name for John Morgan's youngest son so it most likely was a family name along with Francis.
According to another family researcher, Phil Morgan, Felix may have been known as Patrick as this nicknaming went on in future generations.  We can find no baptism record for Felix but there is one for a Patrick in 1827 which, within reason, fits with Felix documented age in Australia and his immigration record.

Felix (25 yrs) Agricultural Labourer,  and Mary (24 yrs) possibly arrived on the ship Truro in January 1854 - they were sponsored by a Mrs. Vivian of Hawthorn. Felix and Patrick may have been either the same person or if brothers, Patrick may have remained in Ireland.


******
Bridget Morgan was baptised at Derrynoose, Armagh on the 1st of February 1833.
Sponsors were Bernard and Ann  BARKA (sic) - (Church baptism record)
Bridget married a Bernard Clark in Victoria in 1859.
They had 2 children at Inglewood, Victoria.
Margaret born 1861
Peter born 1863.
Bridget died in 1863, perhaps from complications of childbirth.

******
Margaret Morgan married a Thomas Gaffney at Inglewood on the 24th of September 1863.
They had 7 children, of which the last 3 were known to be born at Euroa in Victoria.  Margaret died on the 31st of March 1912 at Collingwood in Victoria.
The Gaffneys are also buried at Melbourne General Cemetery.
I found no baptism record for Margaret.
Hopefully one day more information or a DNA match will come to light.

******
In both John and Margaret's Victorian certificates Alexander Morgan's occupation is Farmer.

There is also a baptism record for Patrick Morgan at Derrynoose on the 1st of February 1827.  Parents Alexander Morgan and Nancy Lennon.
Sponsors were Bernard Morgan and Rose McGeough.  I haven't found further information on Patrick unless of course, he is actually Felix.
(The joys of genealogy)

On the 8th of December 1846 an Ann Morgan was baptised, daughter of Alick Morgan and Nancy Lennon. Sponsors were Ann and Francis Morgan.

Imagine my excitement after doing an autosomal DNA test with FamilyTreeDNA and finding Dad and I matched at the right amount of shared centimorgans to be 3rd cousins and 3rd cousins once removed with Kathleen and her cousin Marcella who were descendants of Ann Morgan from Armagh.  Ann emigrated to the United States of America in 1865.
We all also share a DNA match with Shirley and her daughter Shaun who are descendants of a Margaret Morgan also of Keady Parish, Armagh. Margaret may well be a first cousin of John Morgan.  Unless of course, I am totally wrong about the Margaret who came to Australia being John's sister.


On the 27th of September 1869 Ann married John Courtney in Pennsylvania.  They went on to have six children and lived their lives at Bethlehem, Pennsylvania.

John and Alice's eldest son Francis was born 1860 at Hawstead.
He had two daughters with the char-woman of the Cross Keys Hotel in 1879 and 1881.
He married Emily BENNETTO in 1886 and they had a son and a daughter.
DNA matches with descendants of Francis Edward Morgan confirm our relationships and paper trail.

Alexander was born in 1862 at Moonee Ponds.  He joined his maternal Uncle, Thomas KELLY in New Zealand where he married Lavinia STUART.
He worked for many years as accountant for the New Zealand Treasury Department.

Alexander's daughter, Mary Agnes MORGAN became a very much loved sister with the Roman Catholic Order of the Society of the Sacred Heart. 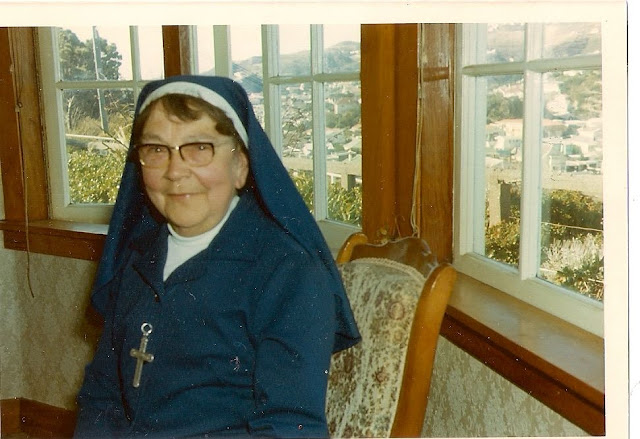 I found one Alexander Morgan at Rowan, Derrynoose in the Griffiths Valuation for Ireland and a death record for 1870 in the Parish of Keady.
Derrynoose RC church is included in Parish of Keady.
Also in that Parish was the death of an Agness Morgan in 1869.

I cannot confirm if this Alexander and Agness Morgan are my ancestors though.