#NFHM Blogging Challenge - Week 2 - Careful He Might Hear You

It wasn't a custody battle but a battle for child maintenance which seemed to begin in 1913.  Nana would have been 8 and her brother 6.

I didn't know until a few years ago when I was searching through newspaper archives that they were almost made wards of the state because for many years their father didn't contribute maintenance for their care.

The first article I found was in the Adelaide Advertiser.

Thursday 16 October 1913
John Adams was charged with having, on April 1, deserted his wife at Ascot Vale, Victoria. Detective O'Sullivan produced a provisional warrant for the apprehension of the accused. On Tuesday afternoon the witness and Constable Mcinerney saw the accused in Gouger-street. He asked him for his name, and he replied that it was John  Gray. The witness said, 'I believe your name is John Adams, and you are wanted for wife desertion at Ascot Vale." The accused answered, "Yes. my name is John Adams." Inspector Burchell asked for a remand until Saturday, in order that an escort might arrive from Victoria. The request was granted. The accused, in asking for bail, said he was a bricklayer by trade and had been in Adelaide twelve months. Bail was allowed in himself of £30 and one surety of £30.

I couldn't find any reports after that until the Essendon Gazette article in 1915 and the ongoing saga in later years which seems to have been played out in the Flemington Court house right through to 1918.

Thursday 31 May 1917 page 3
Maintenance Claim. Mary Adams proceeded against her husband, John Adams, on a charge of neglecting to comply with an order of the court granting complainant and her two children maintenance.  Mr. C. J. McFarlane, on behalf of complainant, said that since defendant was last in court, in November last,
Adams had contributed £13 5s on the order, but the arrears to date amount to upwards of £50. Some time ago defendant was brought from Adelaide on warrant.
In Adelaide, he was living in adultery with another woman and was at present continuing those relations and living with the woman at Kensington, while his lawful wife was left to support two children, aged respectively 10 and 12 years.
Unless defendant entered the witness box and gave sound reasons for his failure to comply with the order, he (Mr. McFarlane) would ask that Adams be committed to gaol. Defendant, on oath, said he was a brick layer, and for some time past had only been in temporary work. He had contributed as much as he possibly could, and had run into debt as a result of borrowing to meet the order. To Mr. McFarlane, I admit that I cleared   ? on a recent tender. I am living in the same house with a Mrs. H---- and her two daughters. I also stopped at her place in Adelaide. We are not living together as man and wife and I have never made admissions to that effect. I defy anyone to prove such as assertion. I do not want my children put on the State. I cannot support my wife because I find it impossible to get constant work. Mr. McFarlane: Do you remember the woman referred to suing her husband for maintenance? Defendant: Yes. Was the claim disallowed because the daughter of this woman swore that she had taken tea and toast to you and her mother who were in bed together?
Yes. she swore that because she was promised a new dress. Mr. Shaw, J.P. said the Bench experienced much difficulty in endeavouring to deal with this case. Defendant had since he was last in court paid his wife £13. and it was clear that he would not have been in a position to do that had he been sent to gaol. While sympathising with the complainant the Bench felt that it was advisable to adjourn the case for a further term of three months to give defendant an opportunity of ascertaining what he could do in the way of meeting the order Mr. McFarlane suggested that the case might be adjourned, to be dealt with by a police magistrate. Complainant took the view that if her husband was committed to gaol he would come to his senses and make an effort to pay for the maintenance of his wife and children rather than go there. The Bench did not favour the suggestion, and the case was adjourned till August 21.

It hasn't been revealed by any family members what happened in the following years and I haven't yet found where my grandmother and her brother attended school in Ascot Vale.

On the 1st of September 1928 My grandmother married her first husband, Eric Ebor Daniels. His occupation was a motor driver and hers a confectioner. She worked for the MacRobertson's chocolate factory. At the time of her marriage she was living at 24 Canning Street North Melbourne and Eric lived around the corner in Erskine Street where his father had a business as a produce merchant.

The next year the Wall Street Crash in October 1929 caused the Worldwide horrific economic downturn of the Great Depression.  The impact worsened in Australia over the following years and many people of all classes were financially crippled, out of work, homeless and in despair.

In these early years by grandmother and her little family suffered even more despair and heartache.

In 1930 (I am fairly sure in February but yet to obtain his birth certificate, the process of which I am unsure of as it isn't classed as a historical certificate.) little Ronald Francis Daniels was born. Again I need to obtain Ronald's birth certificate to find out where they were living but within the next year, I do know they at 10 Molesworth Street, North Melbourne.


Poor little Ronald developed "Influenzal Meningitis"  He was admitted to the Royal Children's Hospital where he died two weeks later on the 15th of December 1931.

Dad told me Nana always blamed the meningitis on Ronald's first haircut and she wouldn't get Dad's hair cut until just before he started school.

But their heartache wasn't over.
Thirty-three days later, on the 17th of January 1932, Ronald's father Eric died of Hodgkin's disease at the Royal Melbourne Hospital.


His death certificate states the duration of his disease was two and a half years.
I just cannot imagine how my grandmother coped with all of this heartache.


The house at 10 Molesworth Street was only a ten-minute walk from both hospitals so on a recent visit to the Royal Melbourne Hospital where my husband had to undergo some tests I went for a walk to see the house. On the way, I wondered just how many times my poor grandmother had walked these paths.

The hospital looks completely different today and I took a few photos at the entrance but never thought to take a more distant one of the whole hospital.

On the 24th of August 1933, only nineteen months after Eric passed away,  Mary Agnes Adams, my Nana's mother passed away at 10 Molesworth Street.

The Great Depression would still be having an impact in Australia when Nana married my grandfather, James Forsyth (born James Musson - long story!) in 1937.
From a child's perspective, I think they lived a happy life together. 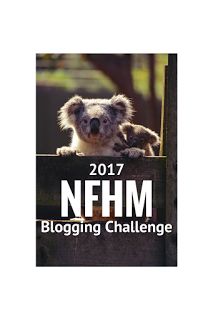