Today after a discussion with a cousin I had cause to revisit an old mystery photo from New Zealand.
This discussion jogged my memory of an email I had received in June 2015 after a query to the Alexander Turnbull Library about the photo.
Fancy forgetting about it for that long.
My only excuse is that life got in the way.
We have no idea of what connection these men had with Alexander Morgan whose family were all Roman Catholic.

Fiona Gray, research librarian at Alexander Turnbull Library would possibly date the photograph to c1890s.  Fiona kindly suggested the two outside gentlemen in the above photo were Rev James Gibb and Rev James Paterson 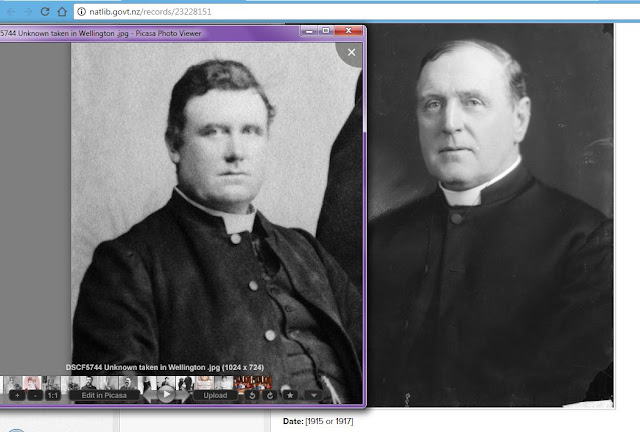 THE REV. GEORGE THOMAS MARSHALL, Wesleyan Minister in charge of the Franklin Circuit, resides at Pukekohe. He was born at Leamington, England, in 1853, and held a position as book-keeper and cashier to a firm of English merchants, until he left for New Zealand, in which he arrived in January, 1881, by the ship “Loch Urr.” Before coming to the colony Mr. Marshall was a local preacher in connection with the Wesleyan Church, and became a candidate for the ministry in 1882. He was for one year at the Three King's Institute, as a student at his own expense, and for a second year by direction of the Conference. Mr. Marshall has been engaged in the work as a minister since 1883, when he was appointed to the PAGE 672 Upper Thames circuit. Subsequently he was at Kawakawa, Northern Wairoa, Paparoa, Tauranga, and Opunake respectively, and was afterwards at Richmond for four years. He was stationed at Pukekohe in April, 1899. Mr. Marshall was married, in 1887, to a daughter of the late Mr. W. P. Brown, a very old settler in the Bay of Islands, and has four sons and three daughters. 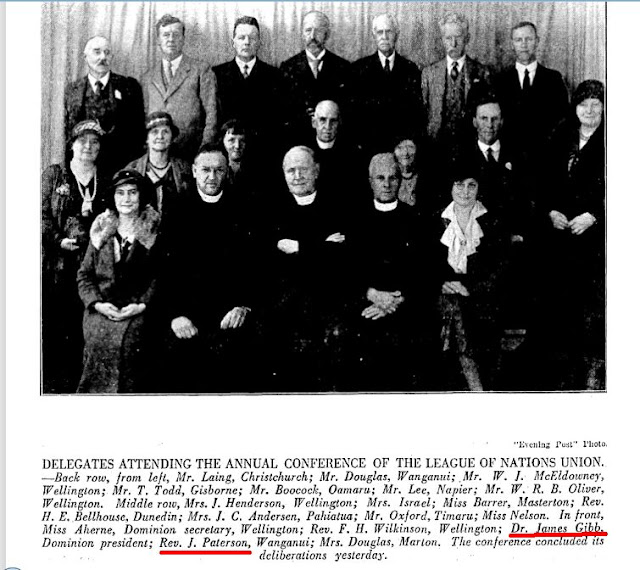 Do you think the mystery men have been found?
By Kerryn Taylor - August 27, 2017