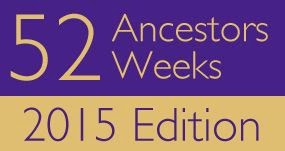 My great great granddmother, Margaret Alice KELLY, known as Alice, was one of many other Irish people who made a fresh start in Australia.

According to her death certificate she had lived 52 years in Australia so that would put her immigration around 1852.  I still haven't been able to find her on a ships passenger list or immigration record.


Alice was born about 1834 and baptised on the 10th of Dec that year at Dualla, Ballysheehan, Tipperary.
Sponsors were Laurence Mockler and Judith Walsh

Her parents were Cornelius KELLY and Mary nee MULLOUGHNEY/MOLOUGHNY which I am told is pronounced Mullo(ck)ney rather than Moloney.

I would have thought the surname Moloney could also be a variant but apparently McLachlan is the more common variant. 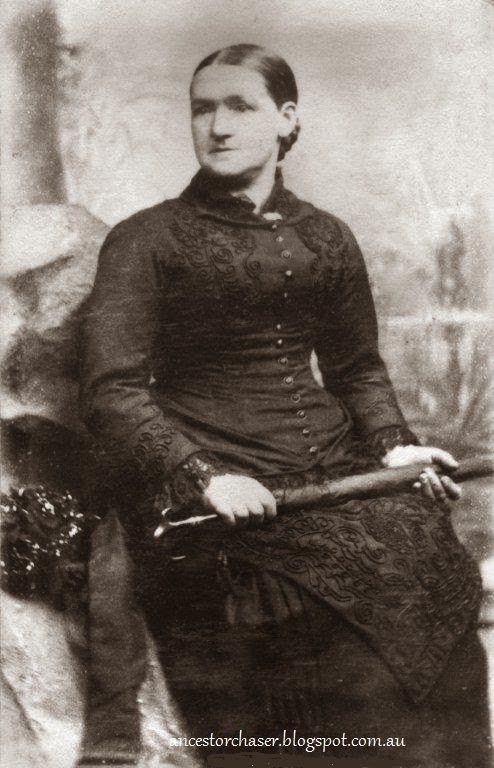 Alice married John Morgan at the St. Francis Church in Melbourne on the 30th of June 1858.
Witnesses were Matthew McCann and Bridget Walsh.
Her 3 younger brothers arrived in Australia earlier that same month on the ship Rising Sun.
I don't have proper documentation yet but it is likely their father died around 1851.
I haven't found a death for Mary.

John and Alice Morgan had 6 children, all born in the North Essendon area between 1860 and 1875.
When John died in 1880, Alice took over the license of the Cross Keys Hotel which John had held since 1871.

Things did not always run smoothly for her though. 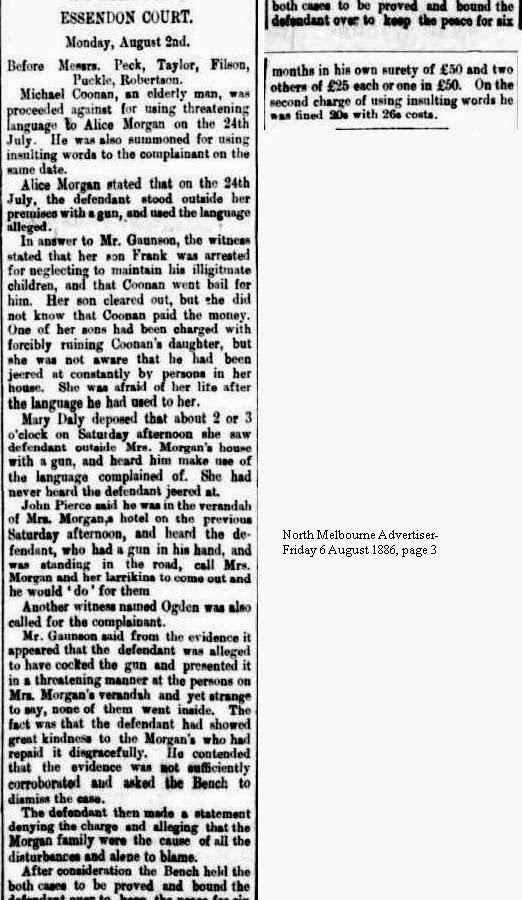 The recession of the 1890s must have meant harsh times for Alice and then 1900 was a particularly tough year for her as she lost her youngest daughter Agnes in April and eldest son Frank to tuberculosis in June.

Last Will and Testament of Alice Morgan

This is the Last Will and Testament of me Alice Morgan of the Cross Keys Hotel Firebrace street North Essendon in the Colony of Victoria Widow.
I revoke all Wills heretofore made by me.  I appoint my son John Morgan sole Executor and Trustee hereof.
I give devise and bequeath my freehold estate at Firebrace Street North Essendon aforesaid together with the said Hotel and premises erected thereon and the goodwill and license thereif and all the household furniture plate linen utensils and effects therein (excepting my piano which I hereby bequeath unto my daughter Mary Adams) and all other my real estate whatsoever and wheresoever situate unto my said son John Morgan his heirs and assigns absolutely
I bequeath the sum of ten pounds unto Mary Daly at present residing with me.  The rest residue and remainder of my personal estate I bequeath unto my said son John Morgan his heirs and assigns upon trust to convert the same into money and to hold the proceeds in trust for my sons Alexander Morgan the said John Morgan and my said daughter Mary Adams in equal shares and proportions.  In witness whereof I have hereunto set my hand this twenty first day of August One thousand nine hundred .....
Signed by the said Alice Morgan as and for her last Will and Testament in the presence of us present at the same time who at her request in her presence and in the presence of each other have hereunto set our hands as witnesses

This post forms part of the  52 Ancestors in 52 weeks challenge initiated by Amy Johnson Crow.