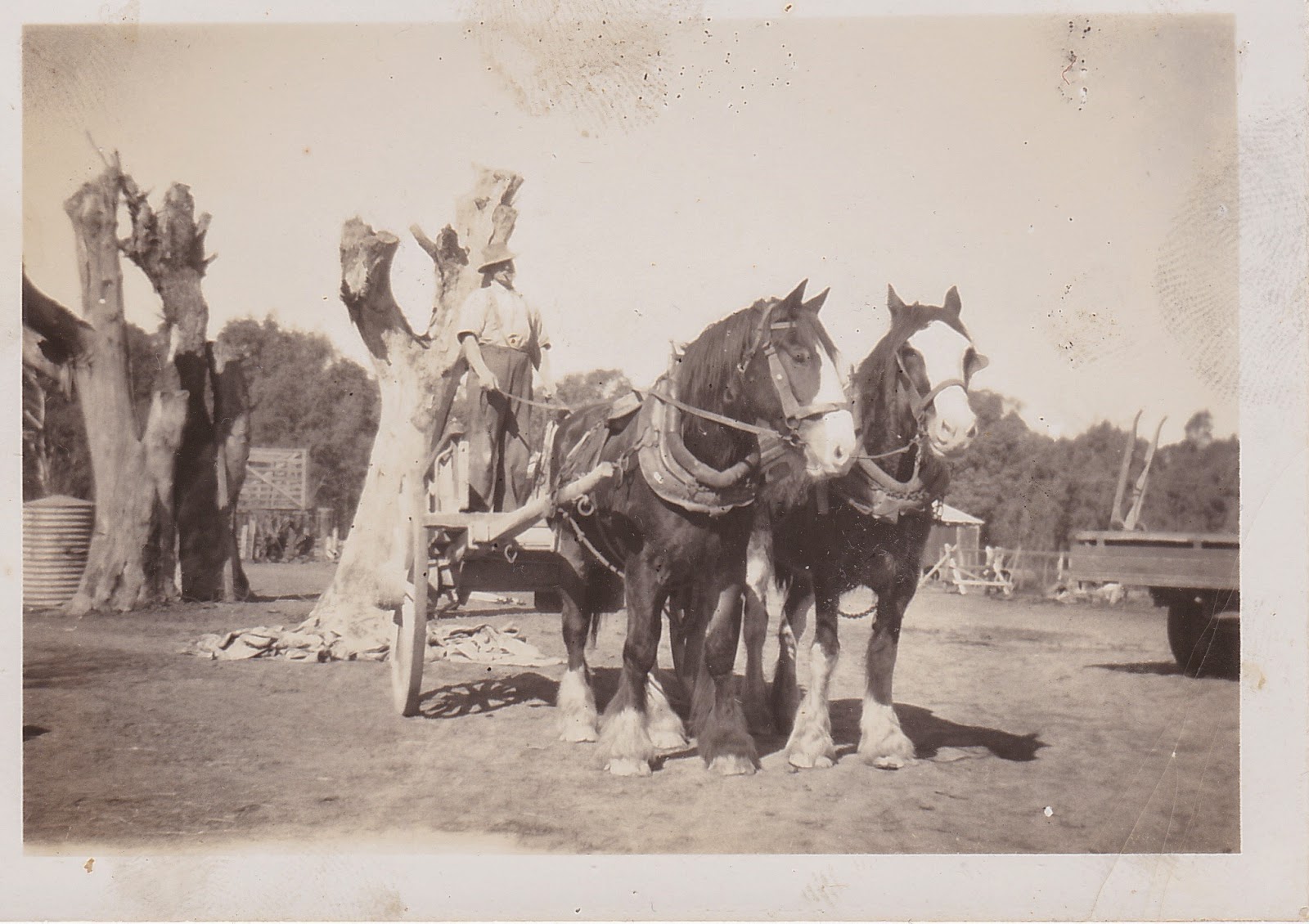 Being an Aussie, my spelling is PLOUGH despite spell check.

It is not a plough in the photo, but I'm sure these beautiful animals have pulled plenty of them.

My paternal grandfather, Jim Forsyth was born James Richard Musson at Rangiora, New Zealand on the 23rd of August 1906.  He was the second son and fourth eldest child of nine children to parents James Christopher Musson and Margaret Ann Hay Forsyth.

He came to Australia in the mid 1930s and stayed using his mother's maiden name as his surname for the rest of his life. He said he was blamed for something he didn't do so never returned to New Zealand.  He told me he used to take horses to the Melbourne Show and that may have been where he met my grandmother, Brenda Daniels nee Adams.  She was a young widow who had sadly lost her first husband from Hodgkins disease in January 1932 and infant son from meningitis in December 1931.  It must have been horrific to lose them both within weeks of one another.

Jim and Brenda married at the Presbyterian Manse in Port Melbourne on the 24th of Sept 1937.

My Dad was born in 1939 and after about ten years when Jim worked as a carter in the Tatura area in Northern Victoria, they spent the next 25 years farming.

Jim would buy run down farms at a low price, fix them up and sell them, often within 12 months of the purchase.  Hence, the family moved often and Dad said he worked long, long hours each day to improve the farms.  I'm sure there would have been much ploughing involved.

Ploughing through and recording all the different places of their electoral roll entries make me dizzy!