My brother and I spent our first 12 or so years growing up in a street with lots of friends of similar ages.   It was like a big family.
We all called each others parents "Uncle" or "Aunty".

Today one of those families said a final goodbye to their Mum.
I hope they find comfort in their good memories.
Rest in Peace Aunty Bunty.

I have lovely memories of those days and those friends.

We had a dog named Lassie (very original :), not a Scotch Collie but a red German Shepherd.  The breed was better known then as Alsation.
Lassie was the same age as me.  I can remember Mum saying that if my little brother was trying to head out the gate Lassie would keep cutting him off and steering him into the back yard.

We had lovely next door neighbours, Aunty Pat, Uncle John and their son Paul. John was away a lot driving so I only vaguely remember him.  The old photo below is of my little brother, Paul and another boy playing in front of our house. 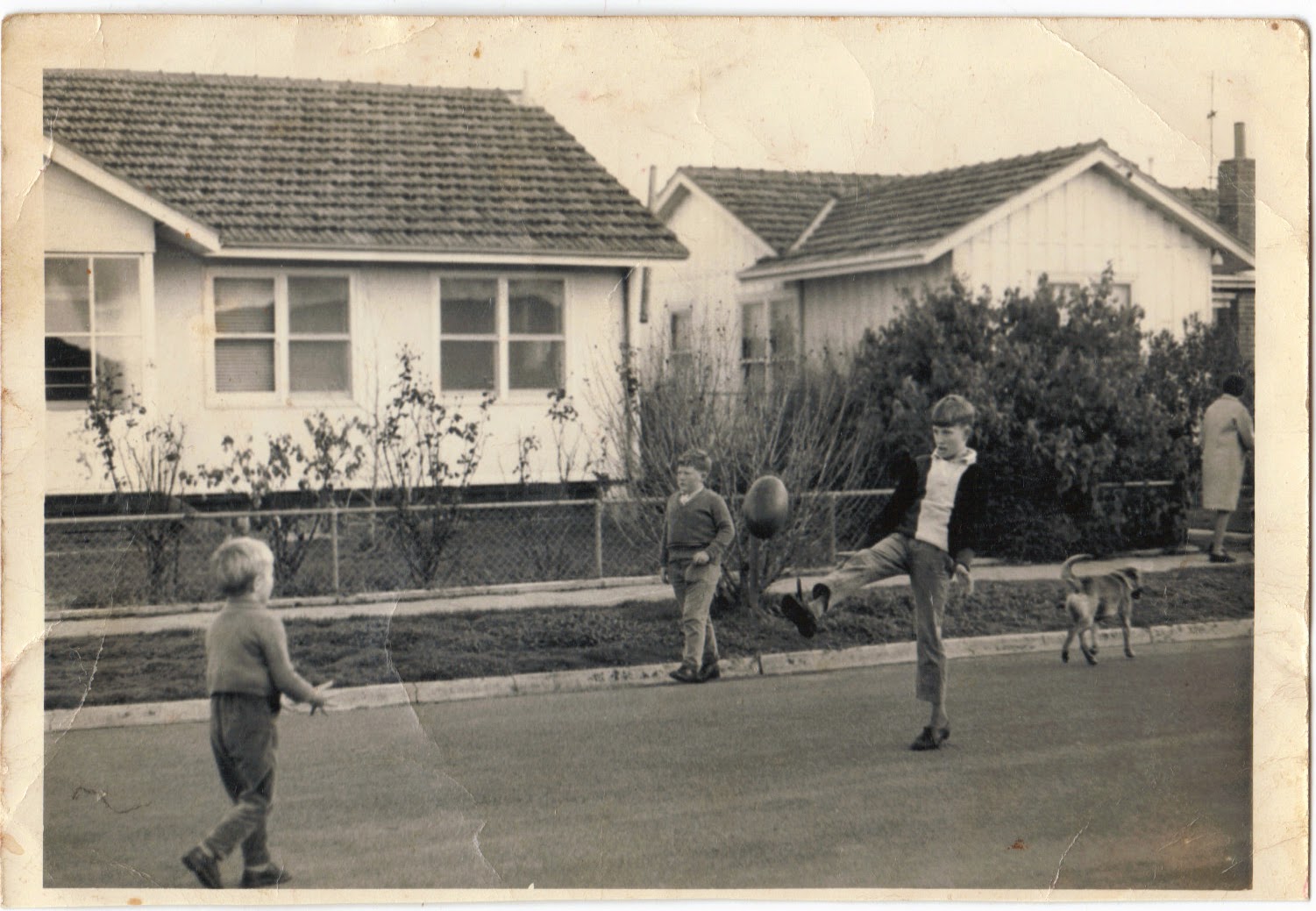 Down the end of the street Bruce and his family had a white Alsation dog named Prince.

Pictured is Prince and Lassie with Bruce, Pat from next door and all Lassie and Prince's puppies.  My brother named one Monkey. 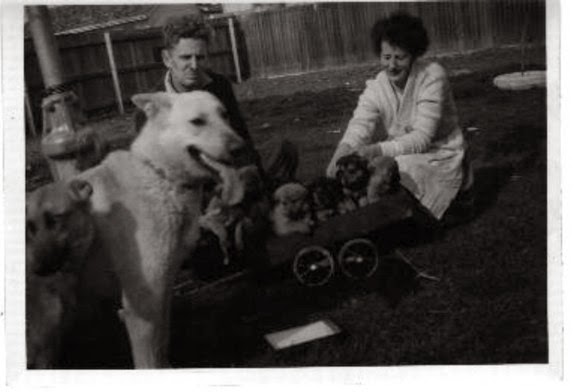 I think I would have been about five or six years old when the puppies came along.
By Kerryn Taylor - March 21, 2014