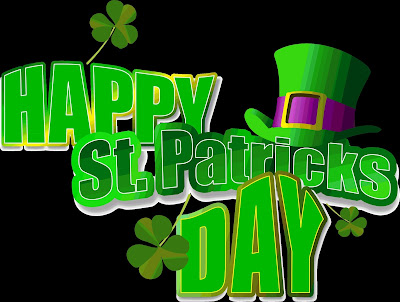 My St. Patrick's Day has certainly been one to celebrate!
After what seemed to be an endless wait my Dad's DNA results were finally processed and available in FTDNA

Quite appropriate with Dad having a fair bit of Irish ancestry.

In my own DNA results, I shared matches at the same segment on chromosome 3 with three women which pointed to 2nd to 4th cousin relationships.

Two of them, Shirley and Renee are 2nd cousins to each other.
They didn't know the third and she hasn't replied to my email.

John did have a sister named Margaret who, if we have researched correctly, came to Australia with him and their sister Bridget in 1855.  She married Thomas GAFFNEY in 1863 at Inglewood in Victoria.  Her age on her marriage and death certificates would also put her birth about 1838.
I found baptism records for John and Bridget but none yet for Margaret.

More searching to be done.

She married a James WOODS about 1858 and they lived at Newry, County Down.
Their daughter Margaret Mary WOODS, born 1864 and her husband Samuel LOMAX who emigrated to the United States, were the great-grandparents of Shirley and Renee.