He was born in Euroa, Victoria in 1877, first son, the third of ten children of Peter and Catherine BEATON. 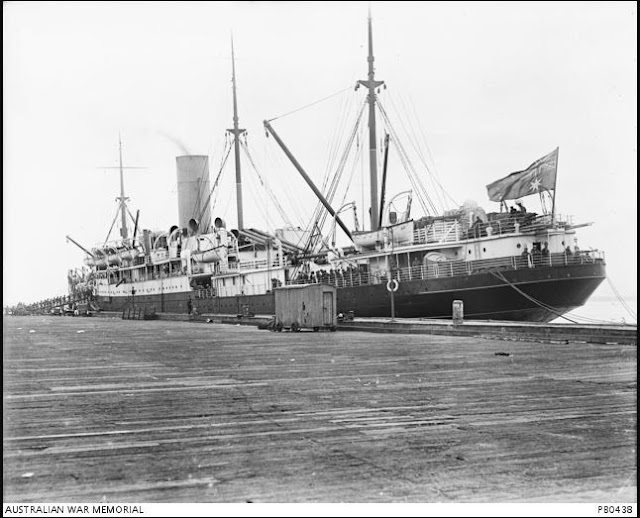 
A court of enquiry was later held at Serapeum in April 1916.William was reported missing in action at the Gallipoli Peninsula on the 27th of August 1915.
As a result, he was recorded as killed in action on the 27th of August 1915 following a report from a fellow soldier, Corporal HYLAND of Benalla.
Corporal HYLAND stated "on August 27th at Chocolate Hill we charged and as soon as we got out of the trench I saw BEATON fall short.  He did not move and I believe he was killed".

Sadly, Peter and Catherine BEATON received a letter from the War Office stating "I regret very much that, notwithstanding the efforts of our Graves Services Unit, we have so far been unable to obtain any trace of the last resting place of your son the late No. 1912, Private W.J. BEATON, 14th Battalion....."

William John BEATON is commemorated at the Lone Pine memorial.  Lest We Forget. 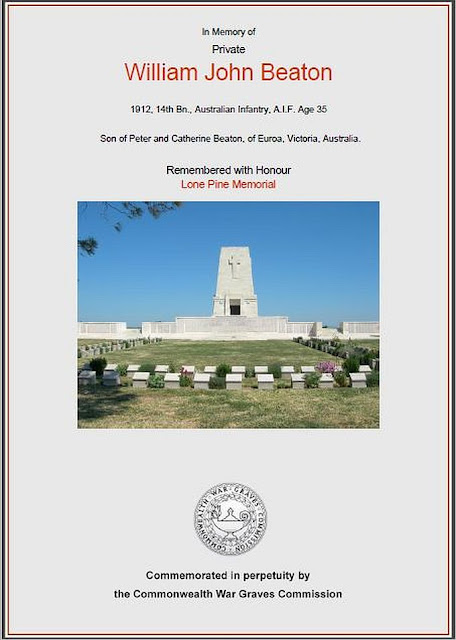