August is National Family History month in Australia and Alex, at Family Tree Frog has instigated a blogging challenge.

Week 1 – Sunday 7 August – My Census Story – Census Night in Australia is 9 August this year. What extraordinary things have you discovered about your family history in census records?

Australia doesn't have many census records available and those that are are too early for most of my ancestors to be on.
I have however had fun over the years going through English and Scottish census searching for my ancestors and their families.

Some have common names so searching was very hit and miss.  Many were helpful having specific occupations but quite a few just cannot be confirmed as mine, especially when they were boarders or servants in other households.

I haven't found anything that I'd call extraordinary but one that did shock me in the early days of my research was finding my great-great-great grand Uncle, Alexander Thomson FORSYTH, listed as "idiot" in the 1841 census.

It looks like the word has been crossed out and no doubt then the meaning was different to what it is today.

Alexander may have been mentally handicapped in some way, even very mildly.

In the 1861 census, he was living with his brother and sister in law Robert and Helen FORSYTH (my 3rd great grandparents) at the Mill of Aberdour.  He was unmarried and 49 years of age.
I cannot find him in a census after 1861.

There is no burial information for his parents, Alexander and Jean who died at the Mill of Broomfield in 1864 and 1869 respectively, so I don't know if he was buried with them or not.
He is not listed as buried with his brother Robert.

An Alexander FORSYTH died at Aberdeen poorhouse in 1869 but there are no parents listed on the death certificate so I don't know if it is him or not but I do wonder why he would be in the poorhouse when he had six siblings still living. 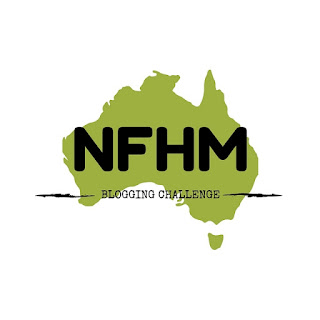