My contribution to the  2016 Trans-Tasman Anzac Day Blog Challenge by Kintalk family history.

William John Pike Morgan, my nana Daisy's "cousin Willie" was born at Euroa, Victoria on the 13th of May 1897.
This photo is in her photo album. 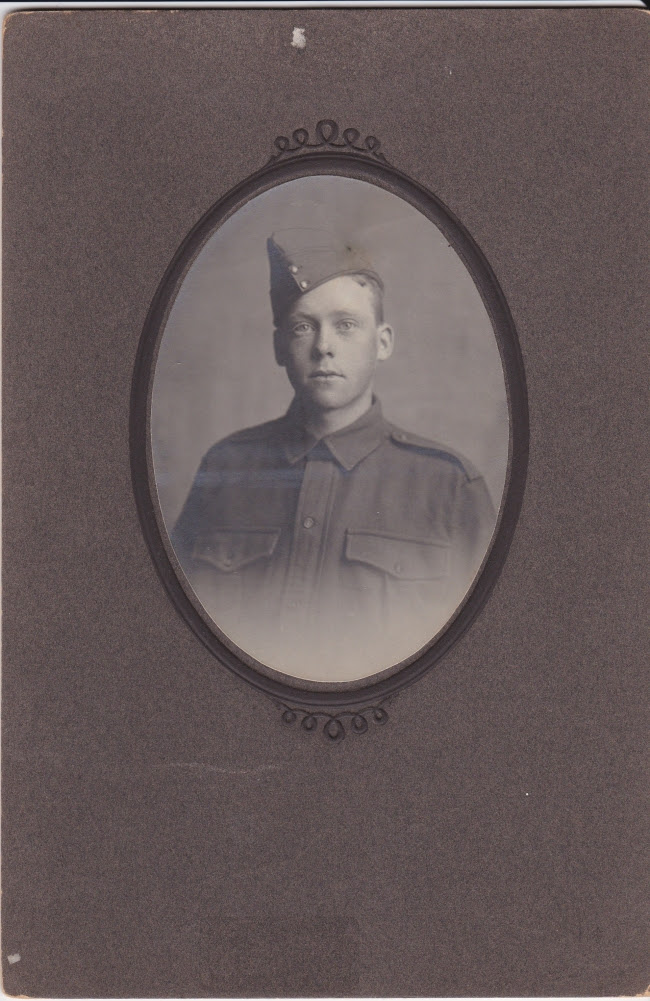 Private William John Pike Morgan was in the 14th Battalion, service No 893
This photo was given to my great-grandparents, Thomas and Ada Morgan  (nee Hulme).
Written on the back is
"To Dear Uncle Bill, Aunt Ada and cousins with Willie's love  - October 19th 1914.
W.J.P. Morgan 2nd expeditionary forces Broadmeadows"


William enlisted on the 20th of September 1914 and his rank on enlistment was bugler.
His unit embarked from Melbourne on the transport A38 Ulysses on 22nd of December 1914.
He was the holder of three Military Medals and was killed in action at Lone Pine, Gallipoli on the 8th of August 1915 - he was 18 years and 3 months old.
There were 4932 identified casualties.
Lone Pine memorial details can be seen at the  Commonwealth War Graves Commission website
William is commemorated at 6 Lone Pine memorial Panel 42
His Panel number at the Australian War Memorial is 73
Willie was the second eldest of eleven children and  lived at McGuinness Street, Euroa with his mother and father Thomas Fitzherbert II and Sarah (nee McNay).  He attended Euroa State School before joining the Victoria Railways in Seymour, Victoria.  He belonged to the 10th Unit Volunteer Cadet Corps both Jnr and Snr.Williams younger brother, Private Benjamin Robert Morgan, was killed in WW2.Source of Information: AWM 145 Roll of Honour cards, 1914-1918 War, Army. 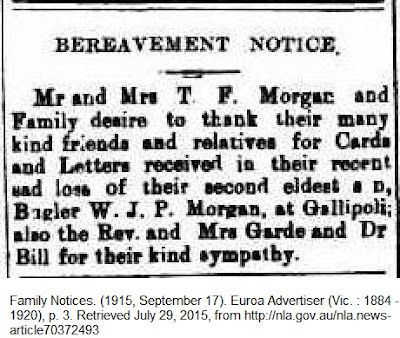 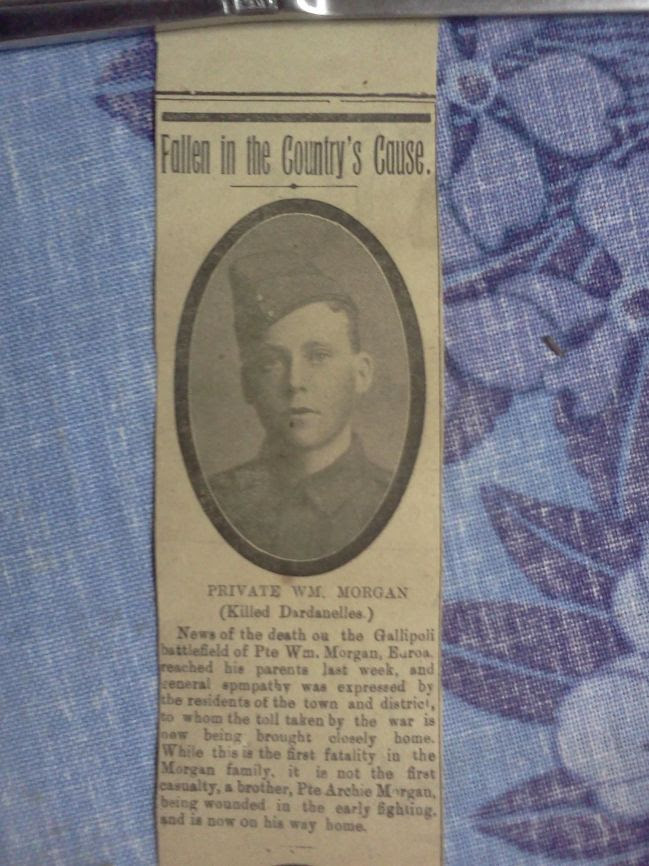 These original newspaper clippings about our Beaton, Morgan, Garrett, Saxon and connected families are being sorted by cousin Harold Shipston. 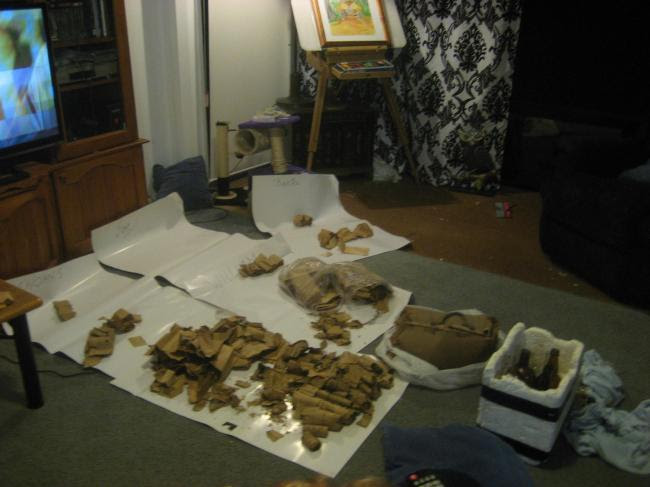 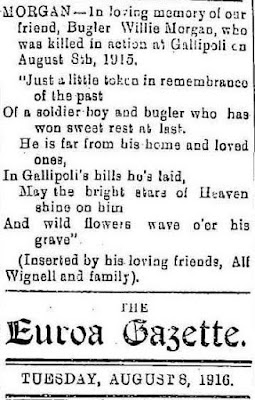 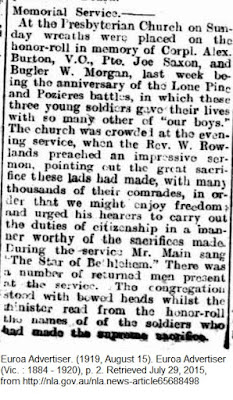