My great-great grandfather, John MORGAN, and his sisters Margaret and Bridget arrived in Australia on the ship Calliance in 1855.

A search of Trove produced a couple of differing accounts.

The ship Calliance brings 314 Government immigrants, classified as follows:— 42 married couples, 123 single women, ?0 single men, and 55 children. One death has occurred during the passage, but the immigrants generally have enjoyed good health throughout, and Captain Hoddle speaks very highly of their general conduct.

There are 42 married couples brought by the Calliance, 155 single women, 20 single men, and the same number of children. 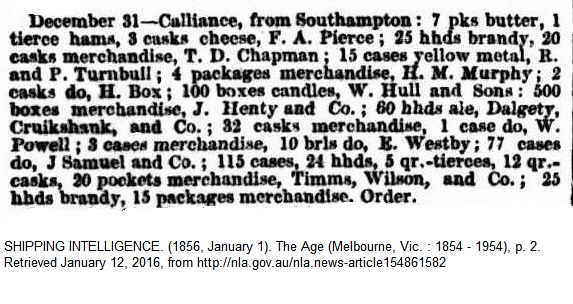