The challenge of week 32 is to write about one of my 32 third great-grandparents.

Mary Kellam was born in 1796 in Lincolnshire, England, her father, George, was 24 years of age and her mother, Catherine nee Gregg, was 28 years of age.
They were married in 1795 at Somerby. 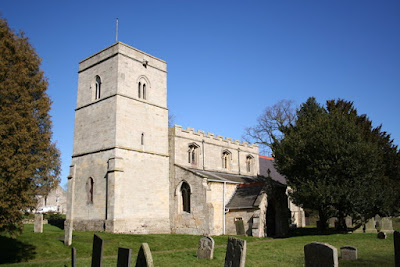 The surname in the Christening record was spelt Kelham.
Her parents names were George and Catherine.
Mary had two younger sisters, Catherine and Ann and two younger brothers, George and Mark.

At Mary and Mark's deaths, the children ranged in age from 14 years to 2 years.
It isn't known where the elder children lived after their parents deaths but the youngest son Mark BIRD was found in the 1841 census living with his grandfather George KELLAM at Waltham-on-the-Wolds, Leicestershire.
George KELLAM was a master wheelwright as was his son-in-law Mark BIRD and eldest grandson George Kellam BIRD.
Mark BIRD junior also went on to be a wheelwright - journeyman.