The theme for 52 ancestors week 31 is "Which ancestor has been pretty easy to research?"

I have written about him before but recently, thanks to Trove, some new articles have come to light.

These appear to echo information given in newspaper obituaries found for him in 1911.

My maternal great-great-grandfather, William Finlay FLEMING, left us quite a lot of information about himself in his interviews with journalists in the early 1900s.  In that respect he was easy to research.
Quite a few family researchers have gathered information - Mrs Jean Sharrad being the major compiler, we thank you Jean.
We are all in agreeance that the old chap was a story teller. 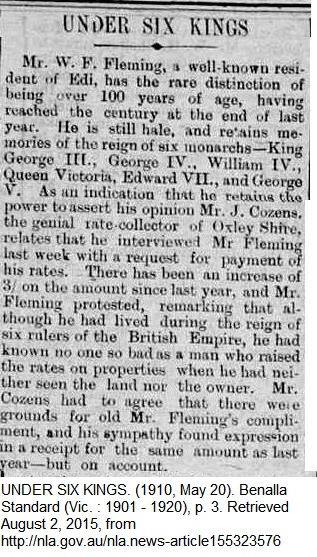 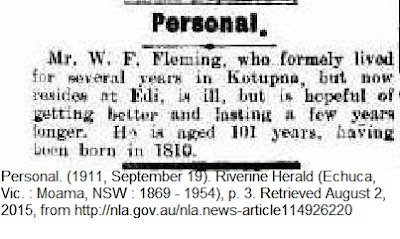 They agree with information in his Obituary transcript below.
Did the journalists just copy earlier articles, did family members retell the many stories he told or perhaps, before his death, the old chap sent in his own obituaries to the papers?

From shipping records and other documents about his parents and siblings all our family researchers agree that his birth year would be around 1831 not 1810 as he so often stated.

If not so easy in the end to sort out the truth at least he was entertaining. 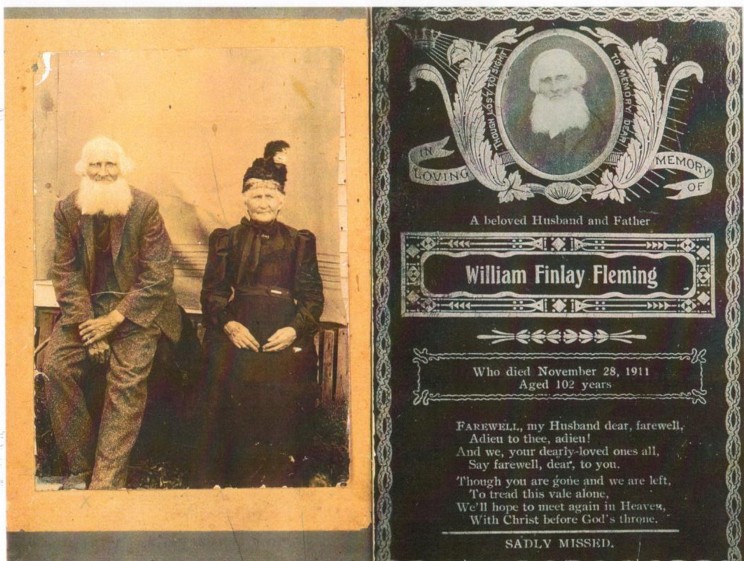