Tales of the Murrunji - Allan FLEMING 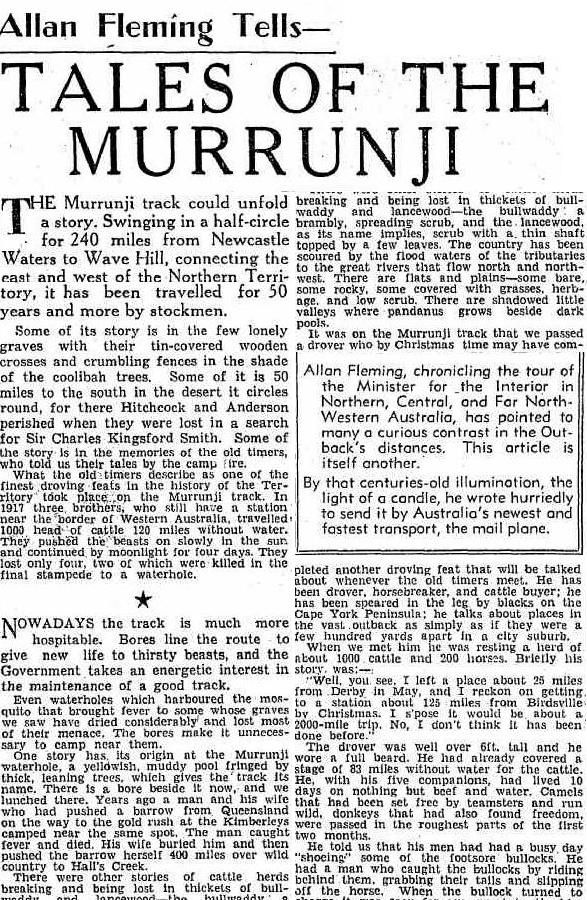 Click Here to read more about the Murranji Track, also known as the Ghost Road of the Drovers
Posted by Kerryn Taylor at 6:16 pm 4 comments: My St. Patrick's Day has certainly been one to celebrate!
After what seemed to be an endless wait my Dad's DNA results were finally processed and available in FTDNA

Quite appropriate with Dad having a fair bit of Irish ancestry.

In my own DNA results, I shared matches at the same segment on chromosome 3 with three women which pointed to 2nd to 4th cousin relationships.

Two of them, Shirley and Renee are 2nd cousins to each other.
They didn't know the third and she hasn't replied to my email.

John did have a sister named Margaret who, if we have researched correctly, came to Australia with him and their sister Bridget in 1855.  She married Thomas GAFFNEY in 1863 at Inglewood in Victoria.  Her age on her marriage and death certificates would also put her birth about 1838.
I found baptism records for John and Bridget but none yet for Margaret.

More searching to be done.

She married a James WOODS about 1858 and they lived at Newry, County Down.
Their daughter Margaret Mary WOODS, born 1864 and her husband Samuel LOMAX who emigrated to the United States, were the great-grandparents of Shirley and Renee.

Posted by Kerryn Taylor at 3:30 pm No comments:

Recently I was "Troving" to see if any new information popped up in a search on my KELLY ancestors from Tipperary.

I didn't find anything on them but did come across an interesting article about Ned KELLY'S father "Red" John KELLY.
I wonder if any of his descendants have done a DNA test at all.
My KELLY ancestors came from Dualla which was close by Fethard in Tipperary.
I know it is a common surname there.
I can't get back any further with my line to see if there may be a connection.

Still it was an interesting article. 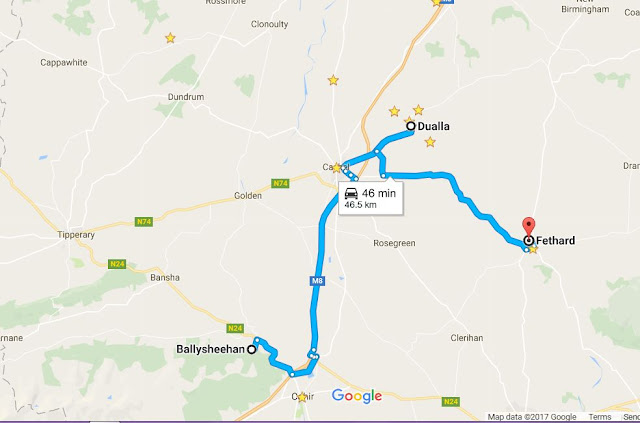 A current map from Google showing the areas.
Posted by Kerryn Taylor at 6:45 pm No comments:

Continuing on from my last blog post about Jessie Anna HULME I decided to do a search for her son Ossie Maxwell Joffre GRANT.
Ossie's photo was amongst my maternal grandmother's photo collection.

He was born at Beechworth in Victoria on the 28th of March 1915, the only surviving child of Jessie Anna nee HULME and Walter Alfred GRANT.
Sadly his mum passed away when he was only three and a half years old.

According to the Bulla cemetery burial records,  an infant was buried on the same day as Jessie.
Jessie died at the Women's Hospital in Carlton so I would say she died in or from complications of childbirth. 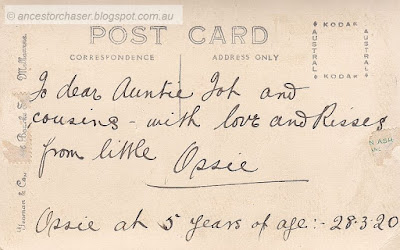 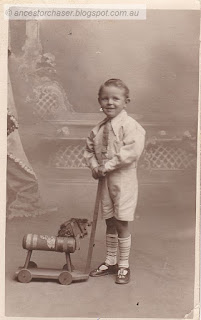 My first port of call was the wonderful Ryerson Index.
I searched for a possible death notice and hit pay dirt.

Upon request, copies of the notices were emailed to me.
Ossie Maxwell Joffre GRANT known as Max was an interesting and very community minded man. 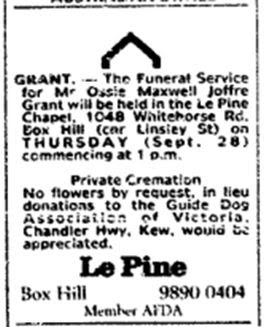