Walter John Hulme was a first cousin to my maternal great-grandmother Ada May Morgan nee Hulme.

Their mutual grandparents were William Cluff Hulme and his wife Hephzebah nee Land of Oxley.

On a recent visit to the State Library of Victoria with my friend Jenny, she happened to spot the news articles about Walter's sad disappearance in the Wangaratta Chronicle news she was going through.

A subsequent search of Trove found a couple more articles all along the same lines.

Only articles from 1914 to 1918 in the Wangaratta Chronicle have been digitised as yet. 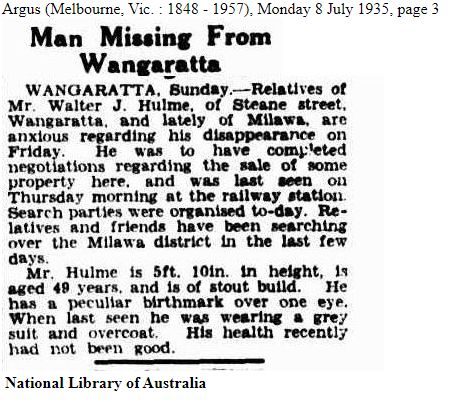 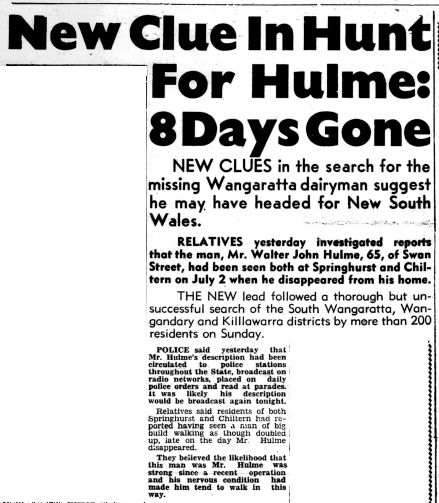 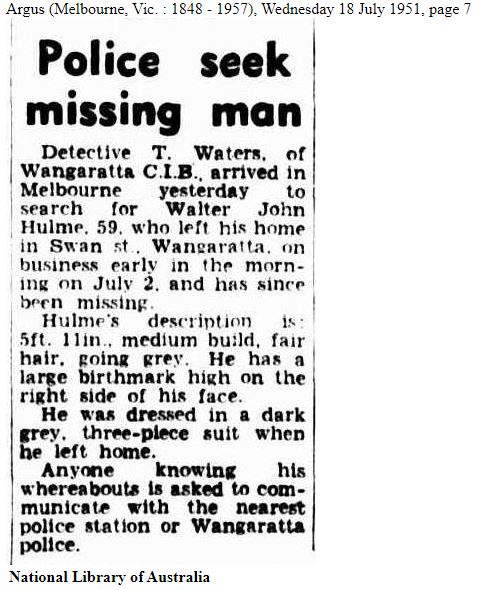 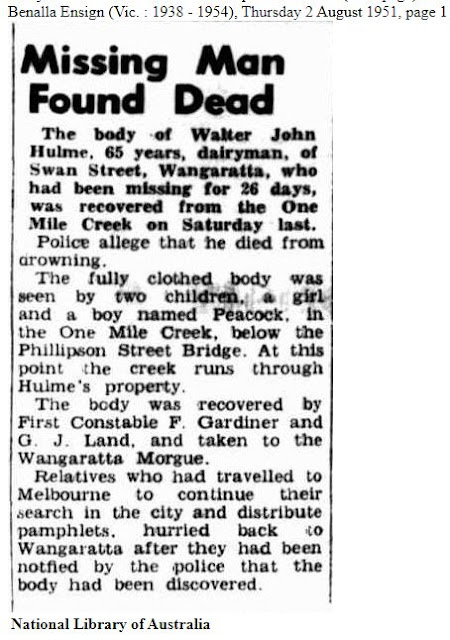 Walter married Elizabeth Mary Skehan in 1913.
It appears they had no children. 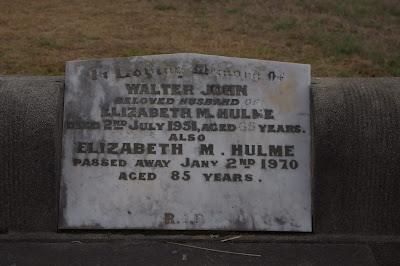 Walter and Elizabeth are buried at Milawa Cemetery.
By Kerryn Taylor - January 23, 2021

Email ThisBlogThis!Share to TwitterShare to FacebookShare to Pinterest
Labels: Hulme