My Dad's first cousin, Grace Adams was attending the Flemington training school in 1922.

She was one of the "5 best spellers" at the school at that time.
Grace's contributed a composition to the Victorian Education Department's Jubilee exhibition in 1922 which is still in the possession of her sons Warren and Geoff Delbridge. 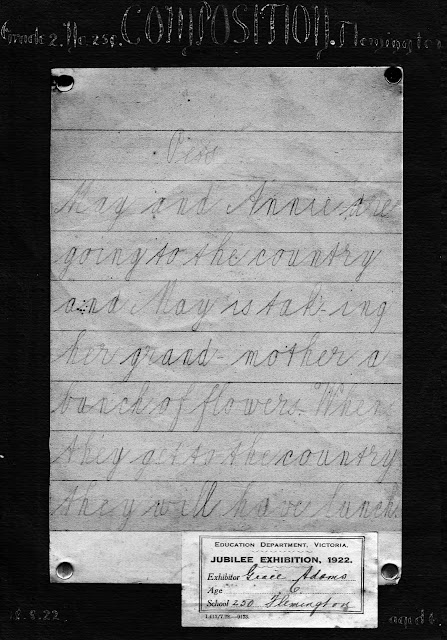 What amazing handwriting for a 6 year old!

In July 1923 on hearing that she was unwell  Grace's teacher wrote her the following letter. 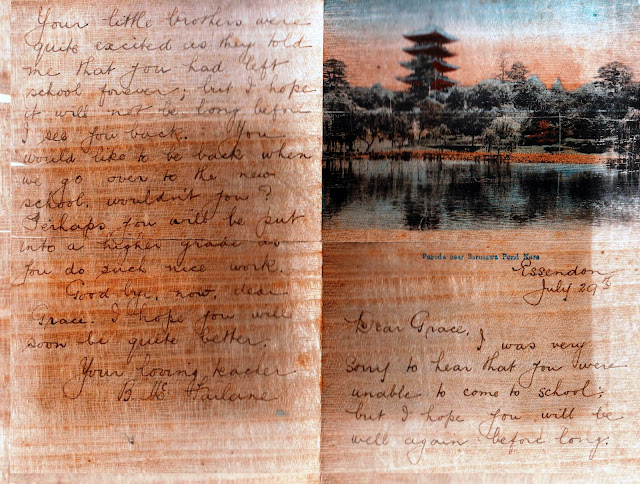 Dear Grace,
I was very sorry to hear that you were unable to come to school but I hope you will be well again before long.
Your little brothers were quite excited as they told me that you had left school forever, but I hope it will not be long before I see you back.
You would like to be back when we go over to the new school, wouldn't you?
Perhaps you will be put into a higher grade as you do such nice work.
Good-bye, now, dear Grace.  I hope you will soon be quite better.
Your loving teacher
B McFarlane 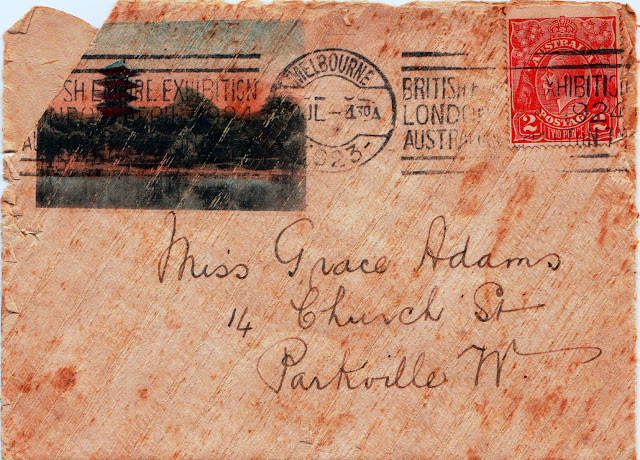 Grace's teacher 'B McFarlane' would most likely have been Helen Valetta "Blanche" McFarlane (1881- 1974) daughter of John McFarlane, an engineer and Emily Amelia McFarlane, nee Gray. 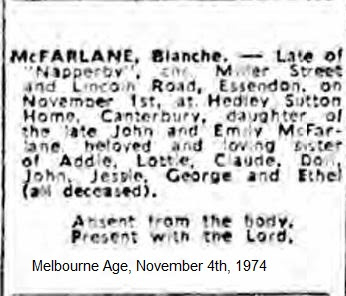 Warren tells me that both the envelope and note paper are bamboo paper.

The images on the writing paper and envelope are of the pagoda near the Sarusawa pond at Nara in Japan.
The pond was created in 749. (see - https://www.japanvisitor.com/japan-parks-gardens/sarusawa )