After reading an informative and humorous blog called GenXalogy  I wondered what my generation label was.  I hadn't really thought much about it before but along with my obsession keen interest in genealogy and family history comes a level of curiosity about what is apparently called Generationism
Even though Generationism isn't officially a word in the dictionary anyway. 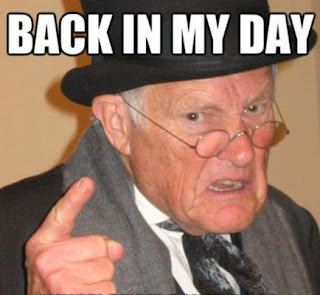 We've all heard THAT  phrase perhaps that's where Generationism comes from?

Wikipedia says:
"Generationism is the belief that a specific generation has inherent traits which may be labeled inferior or superior to the traits of another generation. The term is usually applied to claims of superiority in the expressed values, valuations, lifestyles and general beliefs of one generation compared to those of another ...."
...... Read more>

After "Googling" the various generational labels it seems there are differing ideas on what years constitute which label.

There is now a Generation Alpha! 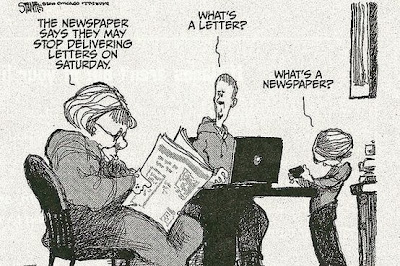 In an article in the Sydney Morning Herald a couple of years ago Jane Holroyd breaks down the brands to reveal the who, what, when and why of those born in the past 65 years......... Read more:

Email ThisBlogThis!Share to TwitterShare to FacebookShare to Pinterest
Labels: generationism