George Bartsh/Bartsch was a first cousin of my Mum's grandmother Ada May Morgan nee Hulme.

Anna was born at sea in 1854 onboard the ship Acmel, en route to Australia, when the Bartsh, Nebel and Schulze families emigrated from Prussia.

They settled at Westgarthtown, a dairy farming settlement sixteen kilometres north of Melbourne that was established in 1850 by German and Wendish immigrants.  Westgarthtown is now part of Thomastown.

Many of the Bartsh family later moved to Beechworth and any of their descendants still reside in the Beechworth area.

The friends of Westgarthtown  are a group of people interested in German/Australian history, its architecture, culture and lifestyle; descendants of the original German and Wendish settlers; local residents; German-born Australians; and all those who recognise Westgarthtown's heritage significance. A newsletter is published twice a year and distributed to over 300 members and supporters.

Recently Lachlan, a Bartsh cousin, very kindly pointed me to this article about George Gottfried Henry Bartsh and his WW1 service on the Friends of Westgarthtown website.

George was a great-grandson of Georg and Dorothea Nebel who arrived in Australia on the Acmel in January 1855. Three children travelled with them – Georg Jr. and his wife Friedericke; Gottfried and his wife Sophie; and Dorothea and her husband Heinrich Bartsch - along with five grandchildren. 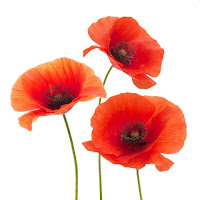