A story of Anzac by Allan FLEMING

Many writers and orators have tried to express what is meant by "the Anzac spirit" but few have succeeded.
"The Argus" believes this simple and unpretentious short story, written by an Australian soldier fresh from the Battle of Greece in 1941, does express the meaning of the term.
The story appeared in "Active Service," published in 1941, the first of the series of 20 Services books published by the Australian War Memorial.
It is reprinted by permission of the Memorial Trustees.
Originally, it was published above the initials "A.P.F."
Its author is now revealed as Mr. Allan P. Fleming, an Assistant Secretary of the Defence Department.

WITH HILLS LIKE
HOME
By ALLAN
FLEMING
HE wasn't a fast thinker.
When he was home, in the hills of Victoria's Great Divide, milking cows and mending fences earned
him enough to live on.
So there was no cause to think too hard. Not about -those things, anyhow.
Perhaps he thought about other things. He never
mentioned them. He didn't think too much about the war.
He'd done that before he enlisted ...... 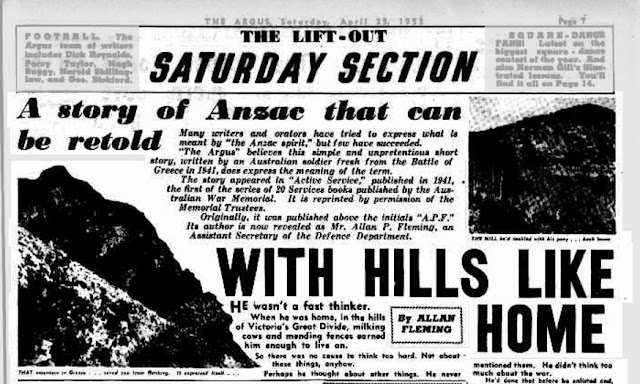 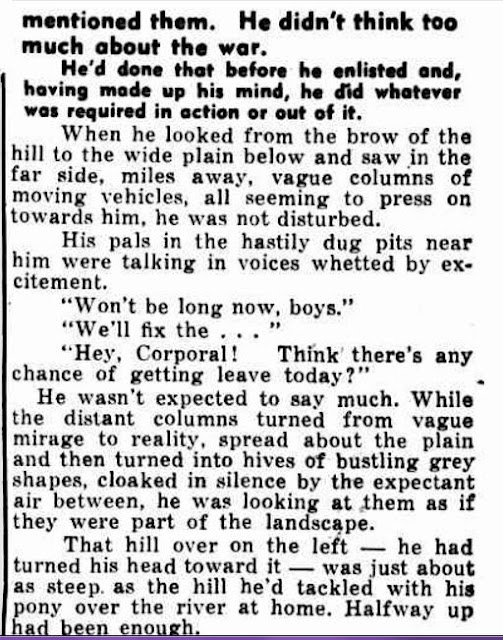 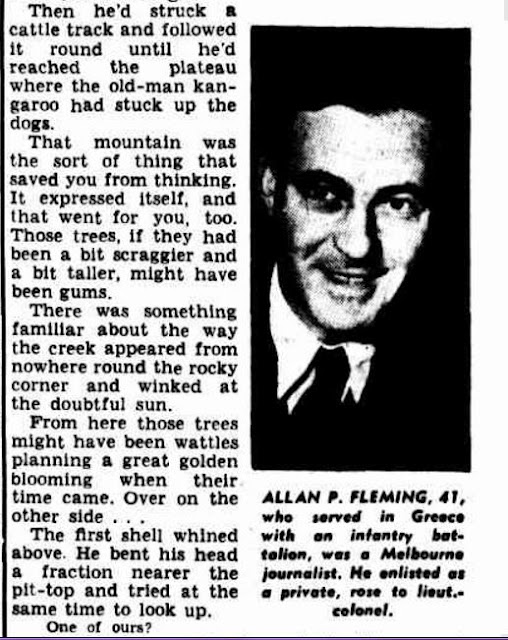 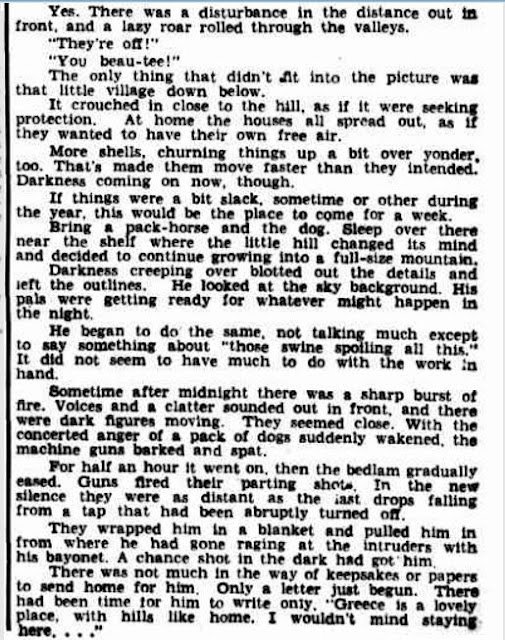