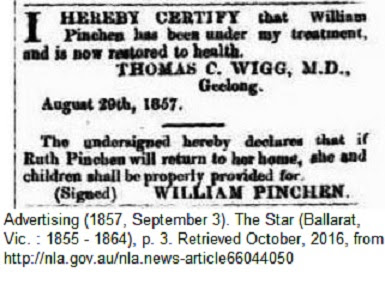 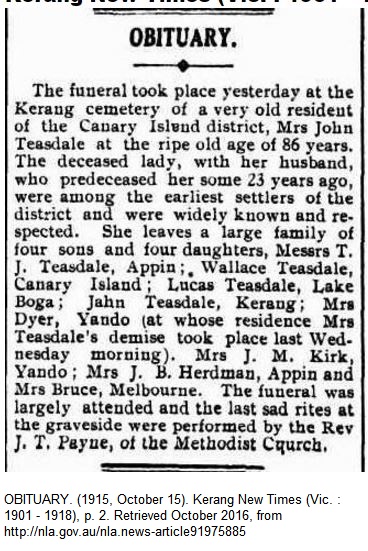 I have yet to find deaths for John KNIGHT and his wife Ann nee LUCAS.
By Kerryn Taylor - November 09, 2016