My first foray into DNA for genealogy

I have recently had an autosomal DNA test done by FTDNA.
I was so excited when my results came back the other day.
What a huge learning curve!
I uploaded the raw DNA data to GEDmatch and waited for those results to come through.
Once they had, the third highest match shown in my results was a known third cousin with whom I have done a lot of family research.
The top two and the fifth highest DNA matches to me in my GEDmatch results indicated fairly close relationships.
The fifth match was Karen who contacted me saying she believed she would be a third cousin once removed and the other two would be third cousins.
It turned out they are descendants of a John KNIGHT as am I.
My maternal great-great-grandmother, Anne Jane KNIGHT was born about 1832. She married William Finlay FLEMING in Melbourne in 1852. 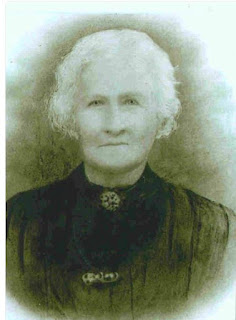 They went on to have thirteen children, the fifth being my great grandfather, Donald FLEMING.
Ann Jane died aged 88 years on the 10th of November 1920 at the home of her daughter, Mrs. Matilda WORRALL.

One of the newspaper obituaries for our Ann Jane FLEMING states she was born in Gloucestershire and arrived in Australia with her parents in 1847.
Another stated she arrived in 1847 with her parents and 2 sisters, since deceased.
The birthplace on her death certificate is only recorded as England, the informant was her son John Knight Fleming.

It looks like she may have actually come from Trowbridge in Wiltshire which is roughly only 30 to 50 miles south of Gloucestershire.
The 1841 census has a Knight family, John, a weaver, age 40, his wife Ann age 40 and their daughters, Ruth age 13 (b 1828), Sarah age 11 (b 1830), Jane age 8 (b 1833) and Martha age 6 (b1835) living at Timbrell Street, Trowbridge in Wiltshire.
Karen is a descendant of Martha KNIGHT.
In her email, Karen says "If Martha is indeed the sister of Ann Jane, which the DNA suggests, there’s still some mystery. I’ve never found when Martha arrived in Australia, the earliest record of her here that I have found is her marriage to a James White in Geelong in 1852.
A William Pinchen (one of the witnesses) married a Ruth Knight … which fits with records I currently have as Ruth being one of Martha’s sisters.
Other cousins visited Trowbridge in Wiltshire a few years ago and tracked down details of Martha, her parents, and siblings.
HOWEVER … Martha is a bit of a mystery … on various birth certificates for her children she gives her name as Martha Lane / Lain / Knight … and usually from Trowbridge, Wiltshire. I’ve never found any record of her marrying her partner / my ancestor Henry Philip Marett."

Our Ann Jane named daughters Ruth and Sarah.
I have repeatedly searched passenger lists etc for the Knight family with no luck.
There is a marriage in Trowbridge 8 April 1824 for a John KNIGHT and an Ann LUCAS.
By Kerryn Taylor - September 29, 2016