I am hoping this post may one day catch the eye of someone who is connected to or knows about a Mrs. Fisher who may be a grand daughter of George Adams who lived at Byaduk in 1885.

Recently I received a message from Merron, author of the wonderful Blog  Western District Families telling me of a photo she had come across titled Grandad (Mr Adams, Byaduk, Victoria).

The photo was in a collection at the State Library of Victoria and all the details can be seen here  but in short, the picture is dated ca 1885, donated in 1987, with title and information given by donor, Mrs Fisher. 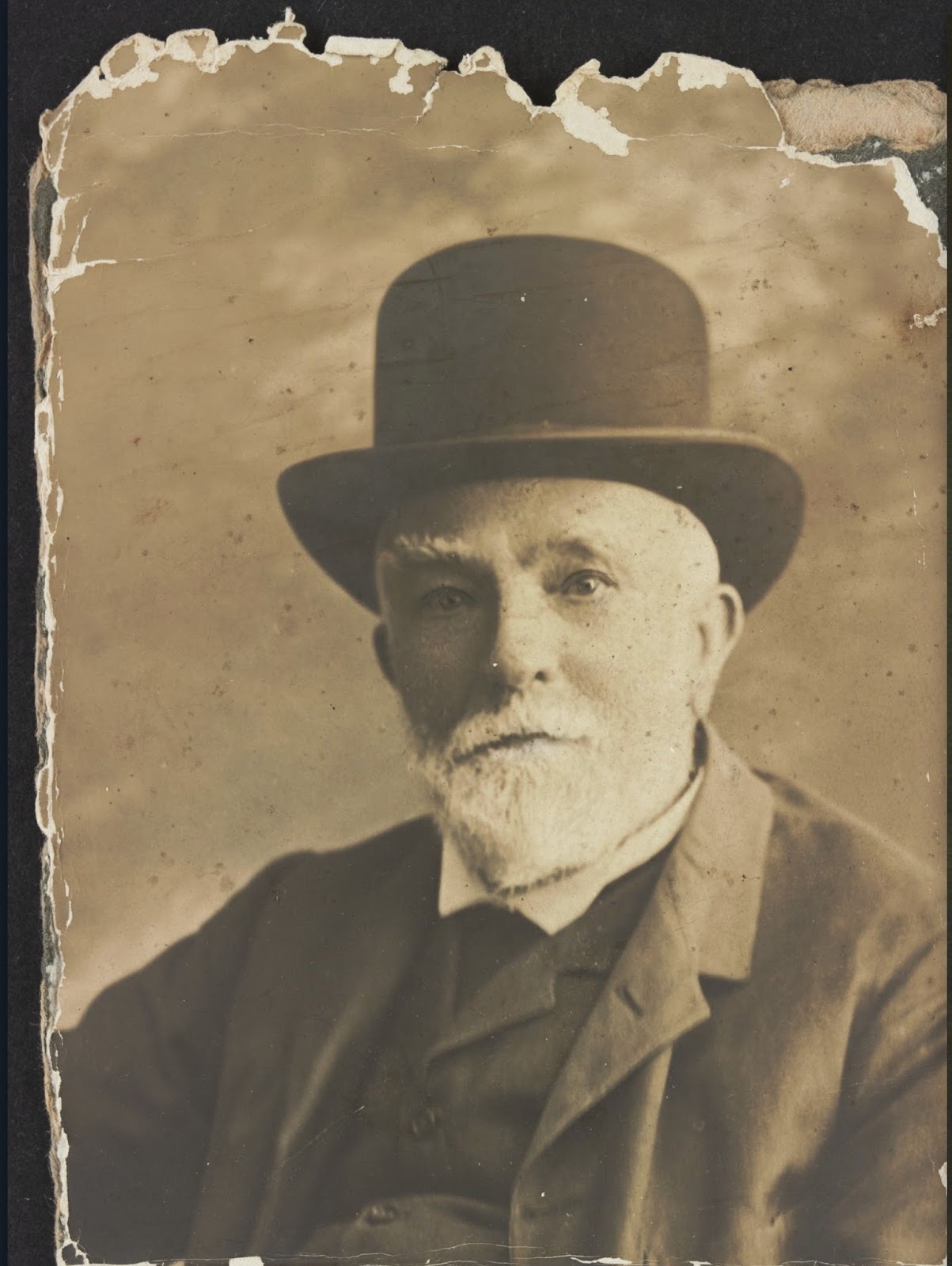 Merron has extensively researched people of the Byaduk area and the only Adams she knows of that may have a connection to the area was my great great grandfather, George Adams, whose second marriage was to Sarah Oakley nee Harman, a daughter of Merron's 4th great grandparents, Joseph Harman and Sarah Mulberry.

Could this be him?

As you can imagine my cousin Christine and I are wanting to claim him but we have never seen a photo of him.  We have been extensively researching our common ancestor George Adams who was born in Saffron Walden, UK in 1831.
In 1885 he would be 54.  Does this man look 54?

Merron says in those days they usually looked a bit older than they actually were.

The photos donor, Mrs Fisher, may well be a descendant but in all our research to date we haven't found a connection to the surname Fisher.  Although that would be her married name, we still can't connect it to any known grandchildren of our George Adams.

Our George came to Fremantle, Western Australia sometime around the early 1850s and married a young Irish lass by the name of Catherine Barry in 1853.

Their first child, Susan was born in Fremantle in 1854 and then they moved to Melbourne where their next child, George jnr was born in 1856.
Five more children were born to the couple in Melbourne, John in 1858 (my great grandfather), Mary in 1860, Edward (Christine's great great grandfather) in 1862, Katie/Catherine in 1864 and David in 1866.

Then we found George and Catherine had moved back to Albany in W.A. In 1868 George Adams and John Mattinson won the tender to build the Albany Post Office. Albany is where George and Catherine's last two daughters were born.  Margaret in 1868 and Annie in 1870.

The building of the Post Office and Customs and Court house was completed late in 1869.  Christine has written more in depth about George here.

They then moved back to Melbourne and sadly Catherine died at Parkville in 1884.

In 1885 in Byaduk George remarried Sarah Oakley nee Harman of Byaduk.  Sarah was the widow of Walter Oakley.  On their marriage certificate George was living at Byaduk but is "usual" residence was Parkville.  In the 1903 Vic electoral rolls George and Sarah are living at 5 Brixton Street, Flemington where they resided for the rest of their lives.

Merron found a George Adams, builder, listed at Byaduk in the 1885 Victorian Post Office Directory and this is why we think the photo is of our George Adams.

The State Library also has a photo titled "Mr and Mrs Adams's home at Byaduk, Vic" that is dated ca 1875 which is way too early for it to be George and Sarah's house.  This photo was also donated by Mrs Fisher in 1987.

Is the date just a guess? 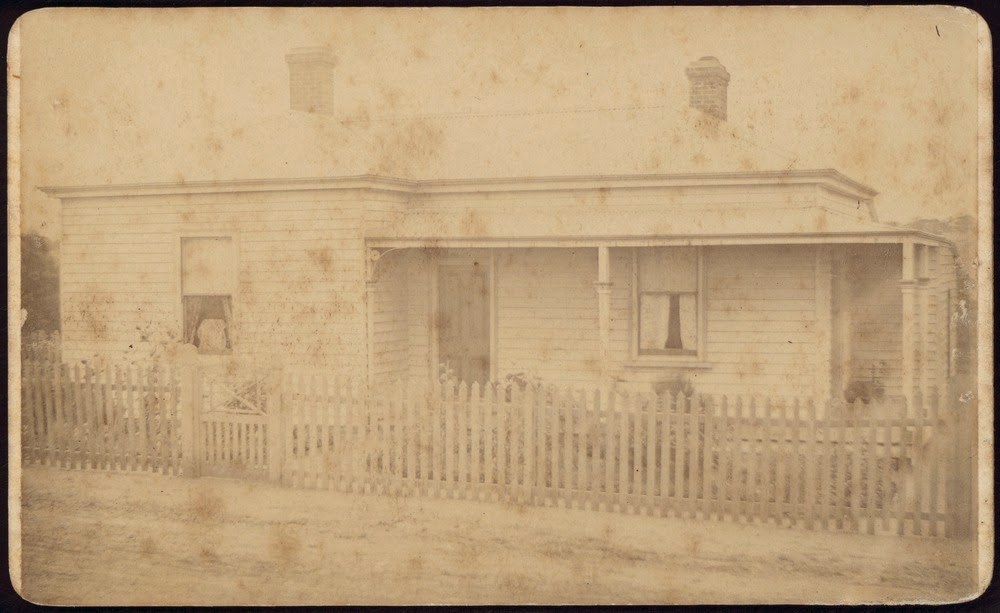 I have asked the State Library if there is any further information on the photos but as yet have received no reply.  My request still seems to be in their pipeline.

UPDATE  This George Adams is my great great grandfather.  Mrs Fisher turned out to be the daughter of Sarah Selina Adams.  Sarah was George Adams and Sarah (Harman) Oakley Adams only daughter.  I spoke to Mrs Fisher a couple of times on the phone, she is currently a hale and hearty 90 years old and very busy with her local activities.